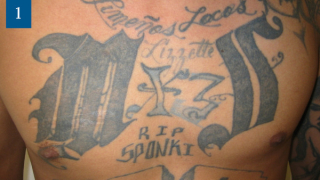 “Castellanos brutally murdered Jonathan Cardona-Hernandez simply because he believed Cardona-Hernandez was a member of a rival gang,” stated United States Attorney Donoghue.  “With today’s sentence, Castellanos will pay for this senseless crime.  The defendant’s conviction and punishment reflects the commitment of this Office and our law enforcement partners to vigorously investigate, prosecute and dismantle MS-13 and any other gang that terrorizes our communities.”

“The success of our collaborative efforts with our law enforcement partners is evident in today’s sentencing — the latest in a series holding MS-13 members accountable for their despicable crimes,” stated SCPD Commissioner Hart. “The Suffolk County Police Department will continue to focus our resources on halting the violence that surrounds MS-13, and I would like to thank the Eastern District of New York and the Long Island Gang Task Force for their unwavering commitment to dismantling this violent street gang.”

“The arrest, conviction and sentencing of defendant William Castellanos in connection with the 2015 murder of 16 year-old Jonathan Cardona-Hernandez is an excellent example of the professionalism and dedication of numerous law enforcement agencies that have worked tirelessly and collaborated on this case,” stated NCPD Commissioner Ryder.  “Our residents and communities will be safer with defendant Castellanos incarcerated. Gangs and their heinous crimes can never be tolerated in any community and we are taking a proactive approach to keep our residents and police safe.”

Castellanos, who was a member of the Karlington Locos Salvatruchas clique of MS-13 (“KLS”) based in Central Islip, and two MS-13 co-conspirators targeted Cardona-Hernandez because they suspected that he was associated with a rival gang, known as “L-Block.”  In the early morning hours of June 30, 2015, Castellanos and his co-conspirators drove Cardona-Hernandez to the vicinity of Nicoll Avenue and Messina Street in Central Islip. When Cardona-Hernandez exited the car, Castellanos approached him from behind and shot him multiple times with a 9mm semi-automatic handgun.  The co-conspirators then took turns shooting Cardona-Hernandez with a second 9mm semi-automatic handgun.  Cardona-Hernandez was struck by at least 10 bullets and was found dead in the street.  The shooters fled the crime scene, met with an MS-13 leader and telephoned MS-13 leaders in El Salvador to report that the murder had been successfully carried out.  By the time of his arrest by the FBI’s Long Island Gang Task Force in May 2016, Castellanos had risen to the position of leader of the KLS clique.

Today’s conviction is the latest in a series of federal prosecutions by the United States Attorney’s Office for the Eastern District of New York targeting members of MS-13.  MS-13’s leadership is based in El Salvador and Honduras, but the gang has thousands of members across the United States, comprised primarily of immigrants from Central America.  With numerous branches, or “cliques,” the MS-13 is the largest and most violent street gang on Long Island.  Since 2003, hundreds of MS-13 members, including dozens of clique leaders, have been convicted on federal felony charges in the Eastern District of New York.  A majority of those MS-13 members have been convicted on federal racketeering charges for participating in murders, attempted murders and assaults.  Since 2010, this Office has obtained indictments charging MS-13 members with carrying out more than 45 murders in the district, and has convicted dozens of MS-13 leaders and members in connection with those murders.  These prosecutions are the product of investigations led by the FBI’s Long Island Gang Task Force, comprising agents and officers of the FBI, SCPD, NCPD, Nassau County Sheriff’s Department, Suffolk County Probation, Suffolk County Sheriff’s Department, Rockville Centre Police Department, the New York State Police, and the Bureau of Alcohol, Tobacco, Firearms and Explosives.