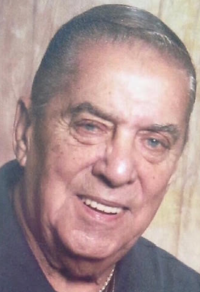 Chick was a graduate of Roman Catholic HS in Philadelphia. He was a resident of Bellmawr since 1957. He worked 17 years for Campbell Soup in Camden, 10 years with Bellmawr Police Department and many years as a bartender at various establishments in the area.

Relatives and friends are invited to his viewing on Tuesday, January 22, 2019 from 9 to 11 AM at the McCANN-HEALEY FUNERAL HOME, 851 Monmouth St., Gloucester City. Funeral service 11 AM in the funeral home. Interment New St. Mary’s Cemetery, Bellmawr.

Condolences and Memories may be shared at www.mccannhealey.com under the obituary of Daniel M. Capobianco. Funeral Arrangements and Inquiries through: McCANN-HEALEY FUNERAL HOME, Gloucester City