UPDATED/Corrected Jah’vi Brown, age 1 CAMDEN CITY, NJ (January 4, 2019)(GloucesterCityNews.net)--On October 11, 2018, a badly decomposed body of a child was found in an alleyway near the 800 block of Mount Ephraim Avenue in Camden City NJ. The remains were discovered by a passer-by who notified the police and then were taken to the Gloucester County Medical Examiner’s office and New Jersey State Police Lab for testing. On December 6, 2018, Anthony Burnett, 25 of Camden, came to the Bellmawr Police Department regarding a... Read more → 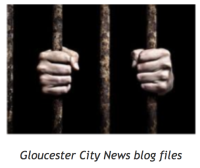 CAMDEN CITY, NJ (January 4, 2019)(GloucesterCityNews.net)--On January 3, 2019, Jacob Llera, 23, of Camden, was sentenced to 47 years in New Jersey State Prison for the murder of Saadiq Coleman by the Honorable Gwendolyn Blue of the New Jersey Superior Court. Llera is required to serve at least 37 years and 6 months of his sentence before he is eligible for parole. On October 25, 2018, Jacob Llera was found guilty by a jury of first-degree Murder, second-degree Unlawful Possession of a Weapon and second-degree... Read more →

Newark is reporting its lowest crime numbers in five years. Overall crime is down 15 percent. Mayor Ras Baraka says the 280,000-person city is moving in the right direction due to economic growth and a rebuilt police force. A federal monitor continues to oversee the city. (NJ Advance Media) NEW JERSEY IS GETTING SUED OVER SCHOOL SEGREGATION A lawsuit filed on the 64th anniversary of Brown v. Board of Education alleges the state's public schools are unfairly and unjustly segregated. New Jersey is the sixth... Read more →

(Voorhees, NJ) – The Voorhees branch of the Camden County Library System currently has limited parking in order to accommodate a project to replace the building’s roof. “There is a large crane in the customer parking lot that is severely limiting parking at this time,” said Freeholder Bill Moen, liaison to the Camden County Library System. “It will remain there for most of next week, and will return toward the end of the project in about two weeks.” Additional parking is available across Laurel Road... Read more →

ATLANTIC CITY NJ (January 3, 2019)(CNBNewsnet)- The Atlantic County Prosecutor’s Office Major Crimes Unit is investigating the fatal shooting of a 21 year-old man in Atlantic City this evening, Atlantic County Prosecutor Damon G. Tyner announced. At approximately 6:26 p.m., Tuesday, January 01, 2019, Atlantic City Police received a 911 call for a motor vehicle accident in the area of the intersection of Lincoln Avenue and Ohio Avenues. When officers arrived at the scene a male who had been shot was found inside a vehicle... Read more →

Posted by CNBNewsnet on Friday, January 04, 2019 at 04:55 PM in Announcements/Classifieds, CNB CRIME , DOWN THE SHORE, South Jersey | Permalink | Comments (0) GLOUCESTER CITY NJ (January 4, 2019)(CNBNewsnet)--Gloucester City Police on December 30 at 12:04 AM responded to a call regarding a fight involving a male and three females. The call came from a residence in the 200 unit block of Warren Street. According to the crime report, when police arrived at the home, it was determined that the resident was assaulted by three females, one of which was positively identified by the victim. All three suspects had fled prior to police arrival. Kristiana Gonzalez (24), a... Read more → The Biggest names in the Outdoor Industry will be at the Great American Outdoor Show. Don't miss it! With over 200 seminars and demos, including DockDogs and Raptors Up Close, fishing seminars on the Hawg Tank and wild game cooking demos, this show has it all! See the entire lineup of outdoor experts and seminars, and we'll see you at the Great American Outdoor Show! Read more →

WASHINGTON, DC (January 4, 2019)--– Today, Donald Norcross was sworn in to represent New Jersey’s First Congressional District in the 116th Congress and his first votes were in favor of two bills to reopen all government services that have been shut down since December 22nd and ensure workers get the paychecks they earned. “Working families are suffering because of President Trump’s egotistical, politically-motivated temper tantrum. Today I voted to get us out of this mess and reopen the government,” said Congressman Norcross.“Now, Trump and Senate... Read more →

The For the People Act is aimed at fixing our broken campaign finance system, strengthening ethics laws, and empowering votersMalinowski put reform front and center in his campaign End Citizens United (ECU) Action Fund President Tiffany Muller today praised Representative Tom Malinowski’s commitment to creating a democracy that works for all of us, which helped lead to the introduction of today’s comprehensive reform bill. This landmark legislation is a product of the 2018 election cycle that saw Malinowski and a wave of reformers run on... Read more → 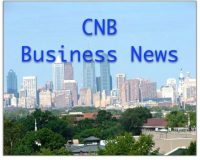 The New Jersey Business & Industry Association and the Hudson County Chamber of Commerce have joined a lawsuit filed by various businesses, labor unions and special improvement districts to get the local 1 percent payroll tax declared unconstitutional, both groups announced today. "Hundreds of Jersey City businesses are members of NJBIA and will be burdened with yet another tax, so we are going to do everything we can to stop it," NJBIA President and CEO Michele Siekerka said. "We fought against the state legislation that... Read more → 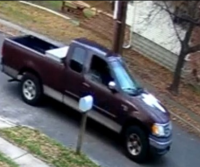 suspect was driving a Ford F-150 (photo provided_ GLOUCESTER TOWNSHIP, NJ (JANUARY 4, 2019)(CNBNewsnet)--On January 3, 2019 at approximately 11:05 AM, the Gloucester Township Police responded to the area of Morris Avenue and Railroad Avenue for a suspicious vehicle. It was reported that the driver of a truck rolled down the passenger side window to speak with an elderly female who was walking, and asked her for directions. The female approached the vehicle and saw that the male had his genitals exposed. The female then... Read more →

SEE BELOW FOR GRANTS GIVEN TO COMMUNITIES IN SOUTH JERSEY TRENTON - Local governments will share $14.3 million in grants to further enhance recycling efforts, based on 2016 recycling performance in their communities, New Jersey Department of Environmental Protection Commissioner Catherine R. McCabe announced today. The recycling tonnage grants are awarded through the state's Recycling Enhancement Act and are funded through a $3 per-ton surcharge on trash disposed at solid waste facilities statewide. The DEP then allocates that money back to municipalities based on how... Read more →

Palliative & Hospice Care from a Catholic Perspective Marlton, NJ – Via Lucis, the Samaritan Healthcare & Hospice ministry for Catholic patients and families, in collaboration with the Dioceses of Camden and Trenton, will present Now & At the Hour of Our Death on Friday, February 15, 2019 at St. Paul’s Parochial School (250 James Street, Burlington). The 12th annual Catholic educational workshop, sponsored by the Diocese of Trenton and St. John of God Community Services, will focus on Addressing Pain and Suffering – exploring... Read more → 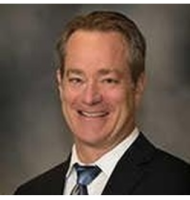 Stephen Bannar March 18, 1963 - December 13, 2018 On Thursday, December 13, 2018, Stephen Bannar, loving husband and father of Brandon and Allison, passed away at the age of 55. Stephen was born in Camden, New Jersey on March 18, 1963. Stephen graduated from Rutgers University in 1985. He completed his Medical Degree from Pennsylvania State University in 1990, and he practiced Orthopedic Surgery for 25 years. On May 18, 1991, he married Barbara Lee Storck. They raised two children Brandon and Allison. Stephen... Read more → CNBNews graphics file In a significant victory for government transparency and accountability, the California Supreme Court today denied a police union’s last-minute effort to undermine the effectiveness of a new, landmark police transparency law, rejecting the union’s effort to make the law (SB 1421) apply only to records created after January 1, 2019. The First Amendment Coalition (FAC) led a coalition of media groups in opposing the union’s effort, filing papers on December 28 urging the Court to deny the effort to gut the law.... Read more →

PIANJ offers tips on how to prevent a burglary 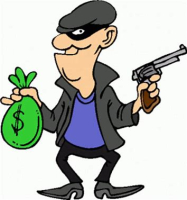 CNBNews graphics file TRENTON, N.J.—Insurance is usually the last thing on people’s minds, especially right after the holidays. You’ve already spent so much on gifts, the last thing you probably want to do is spend more money. A typical homeowners (including renters and condominium) policy include coverage for your personal property. Loss due to theft is generally included as part of the personal property protection says the Professional Insurance Agents of New Jersey State. Burglars are unpredictable, but there are several ways you can protect... Read more →

January 3, 2019 Catholic League president Bill Donohue comments on a New York Times series on abortion: On December 28, an editorial in the New York Times broached an eight-part series on abortion rights that is positively astonishing. It is clearly the most rabid defense of abortion ever published by the mainstream media. The first installment was published on December 30; it will end on January 20. The entire series is now available online. Why is the Times running this series? The best explanation is... Read more →

‘First Saturday in the First State’ Jan. 5 presents programs including a history of the duPont family

source First State Heritage Park DOVER (Jan. 3, 2019) – From exploring the developments of the Victorian era and how it shaped Dover, to the duPont family’s place in the history of Delaware, First State Heritage Park’s “First Saturday in the First State” Jan. 5 offers much to see and do. Here is a list of programs and activities: First Saturday – Jan. 5 9 a.m. – 4:30 p.m. Steam, Steel, and Streets: A Very Victorian Revolution John Bell House on The Green, 43 The... Read more →

YORK, PA (01/02/2019)-- Over 1500 students were named to the Dean's List at York College of Pennsylvania. To be eligible for this honor, a student must be registered for at least 12 academic credit hours and earn a semester GPA of 3.50 or higher. David Agger of Mount Laurel , NJ, 08054, a senior Sport Management major Brianna Bennett of Mullica Hill , NJ, 08062, a senior Human Resource Management major Emma Boeckle of Monroeville , NJ, 08343, a junior Psychology major Morgan Brady of... Read more →