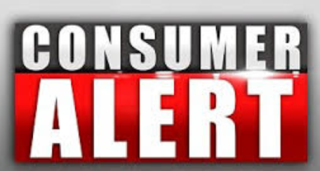 The New Jersey Department of Health is urging residents not to consume raw milk products after a New York resident consumed unpasteurized dairy products from a Pennsylvania farm and became ill.

An investigation by the New York State Departments of Health and Agriculture identified raw milk and other dairy products from Miller's Biodiversity Farm in Lancaster County, Pennsylvania as the likely source of Brucella abortus RB51 infection (Brucellosis) in a New York individual.

The New Jersey Department of Agriculture alerted the public earlier this week that Pennsylvania agriculture officials on Saturday issued a quarantine of raw milk from Miller’s Biodiversity Farm in Quarryville, Pa., due to potential health concerns.

“To date, there have been no illnesses reported in New Jersey related to this situation. It is illegal in New Jersey to sell or distribute raw milk or products because of the severe health risks associated with them,” Health Commissioner Dr. Shereef Elnahal said. “In general, unpasteurized milk can contain dangerous bacteria, so if you have consumed raw milk products and become ill, immediately seek medical care and inform your health care provider of the raw milk consumption.”

“Pasteurized milk and dairy products bought commercially are considered safe for consumption, because they are heated to a high temperature that kills harmful bacteria,” State Epidemiologist Dr. Tina Tan said.

Brucella bacteria are primarily passed among infected animals. While rare, people can become infected by eating or drinking contaminated raw milk products. A Brucellosis infection can cause a range of symptoms including fever, sweats, chills, weight loss, headache, fatigue and muscle and joint pain. Symptoms may appear up to six months after exposure. In severe cases, infections of the central nervous system or lining of the heart may occur.

Brucellosis is rare in New Jersey; only three cases were reported in the last five years. From 1993 through 2012, 127 outbreaks reported to CDC were linked to raw milk. These outbreaks included 1,909 illnesses and 144 hospitalizations. Many raw milk outbreaks involve children.

For more information on Brucellosis, visit our website. A Frequently Asked Questions page is available here.

The New Jersey Department of Agriculture press release is available on their website.

The New Jersey Department of Health is urging residents not to consume raw milk products after a New York resident consumed unpasteurized dairy products from a Pennsylvania farm and became ill.