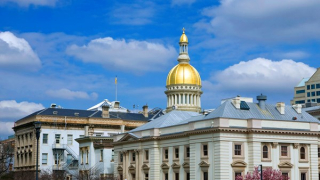 Montclair, NJ — Four NJ 11th for Change Town Teams joined in endorsing a strongly worded letter from grassroots group SOMA Action opposing a redistricting proposal in the New Jersey Senate and Assembly that would open the door to extreme gerrymandering across the state.

The letter targets a proposed redistricting amendment that has barreled toward hearings as early as Thursday, December 13, and could move to a “lame-duck session” vote on December 17.

The NJ 11th for Change Town Teams, made of members from Livingston, Madison, West Essex and West Orange, added their signatures to a letter sent yesterday by SOMA Action, and co-signed by Box Populi (Millburn), Essex Rising (West Orange), Madison Area Call to Action, and Our Revolution Essex County.

The letter urges their LD-27 representatives — State Senator Richard Codey (D-Roseland), Assemblywoman Mila Jasey (D-South Orange), and Assemblyman John F. McKeon (D-West Orange) — to vote no on Senate and Assembly Concurrent Resolutions SCR43 and ACR60 on “substantive and procedural grounds.” The letter warns state legislators that a consolidation of power, regardless of party, is detrimental to a healthy democracy.

The letter continues a unique effort to cross partisan lines and speak out against one-party control in the state, remarking that “we value democratic representation in which ALL voters have an equal voice in government, over partisan politics. In a politically diverse district like ours, in such polarized times, this kind of unified opposition is remarkably rare.”

NJ 11th for Change released a similar letter last week amidst a major outcry from its membership. Both SOMA Action and NJ 11th for Change feel the amendments to the functions of the NJ Legislative Apportionment Commission would reduce a chorus of voters to a solo voice, by allowing party affiliation to determine how new districts will be drawn. If the amendment passes, the Democrats would be positioned to redraw the map in 2021 derived from population changes in the 2020 Census.

Saily Avelenda, NJ 11th for Change Executive Director, applauded SOMA’s letter. “We should be vocal about the fact that legislators are trying to ram this through — and let them know there will be a political price to pay for their efforts to perpetuate gerrymandering in the state.”

Amendments to the New Jersey Constitution can be proposed by a three-fifths vote, but the power to make new law is subject to a referendum and to the Governor’s veto.

Since 1973, the original map of 40 legislative districts in New Jersey has undergone four reapportionments. The last iteration of LD-27 in 2011 moved Republican-leaning municipalities (Chatham Township, Madison, Florham Park, East Hanover, Hanover and Harding Township) from Morris County into the district. The SOMA letter urges legislators to promote a diversity of voices in the district. “Now that the midterms are over, we look forward to continue working together to ensure that our shared representatives in the state legislature put the interests of their constituents first. We were thrilled to have such a great group of organizations step up so quickly to join us in opposition to the proposed bills,” said Lillian Hawkins, president of SOMA Action.

After the 2018 elections, New Jersey was joined by 13 other states with state government Democrat “trifectas,” in which one party holds the majority in the state senate, the state house and retains the governorship. Only 13 states have “divided” governments. Republican state government trifectas are found in 23 states.

Text of the SOMA Action letter is below.

We are writing as representatives of activist organizations in your district to urge you to vote NO on Senate and Assembly proposals SCR43 and ACR60. We oppose the bills both on substantive and procedural grounds. Some of us have already joined many organizations, including the NJ League of Women Voters, the NAACP and the Working Families Alliance, that signed onto a statewide open letter that clearly lays out the flaws in the proposed legislation.

We believe that competitive political parties are vital for a healthy democracy. We are concerned that these bills, if enacted, would grant undue power to a single political voice and would stifle the interests of many constituents who count on you for fair and equal representation in the state legislature. They will stifle the voice of your constituents of color by dividing their collective political interests. They will also stifle the voice of your constituents whose views may fall outside of the Democratic party. Simply put, we value democratic representation in which ALL voters have an equal voice in government, over partisan politics.

In a politically diverse district likes ours, in such polarized times, this kind of unified opposition is remarkably rare. We are also concerned with the way in which the bills are being rushed through in the lame duck session; the Assembly bill was never even voted on in committee, which we understand is highly unusual.

We write with a sense of urgency, as the legislature may vote on this as soon as Monday, December 17th. New Jersey has long been a national leader in its politically balanced approach to legislative redistricting. As we see more and more states moving toward independent redistricting commissions, it is absolutely the wrong time for our state to take a step backward toward partisan gerrymandering.

We urge you to put your constituents over party leadership in Trenton, to speak out publicly against these bills, and to vote NO on SCR43 and ACR60. We welcome the opportunity to talk to you or a member of your staff to understand your position on the legislation. A representative will contact your office.

About NJ 11th for Change

NJ 11th for Change is a 501(c)(4) unaffiliated organization dedicated to advocating for all people of New Jersey’s 11th Congressional District. We foster an engaged and informed community with the power to shape our political representation so that it is transparent, responsive and accountable—and so that it reflects the values of fairness, compassion, inclusivity and a decent quality of life.

Montclair, NJ — Four NJ 11th for Change Town Teams joined in endorsing a strongly worded letter from grassroots group SOMA Action opposing a redistricting proposal in the New Jersey Senate and Assembly that would open the door to extreme gerrymandering across the state.

The letter targets a proposed redistricting amendment that has barreled toward hearings as early as Thursday, December 13, and could move to a “lame-duck session” vote on December 17.