THE YEAR-LONG PROGRAM PREMIERES “PHILLY MADE” 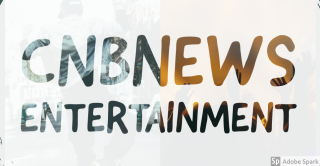 (Philadelphia, PA, December 4, 2018) –– The Kimmel Center for the Performing Arts is excited to announce three new Jazz Residency teams for the 2018-19 season: David Allen, Raquel Salas Rivera, and Diane Monroe; Dan Blacksberg with Yosef Goldman; and Dariel Peniazek., Maya Peniazek, and Ariacne Trujillo. Collaborating with the Kimmel Center throughout winter and spring, each team will work to create a new project that is relevant and engaging to the Philadelphia community. In the residency’s sixth consecutive year, all three of these new works will focus on how the United States is coming to terms with the question of identity and these artists’ struggles to define belonging.

“Each year, a new group of local artists are invited to dig into their own personal stories and examine how they fit into the greater narrative of growing the jazz form in Philadelphia,” said Anne Ewers, President & CEO of the Kimmel Center for the Performing Arts. “We are so pleased that our Jazz Residency program is flourishing in its sixth year. Together, we’re building a legacy of ‘Philly Made’ jazz works –  with individuals whose ideas are cultivated through workshops and various performances to ultimately blossom into full-fledged productions that stand on their own.”

David Allen, composer specializing in guitar, 2018-19 Poet Laureate of Philadelphia Raquel Salas Rivera, and violinist Diane Monroe will explore Philadelphia’s role as a sanctuary city. Working with Madison Rast on bass and Matt Scarano on drums, the team will take inspiration from Allen’s own experiences living as an immigrant in Turkey before returning to his Philadelphia home.

“We were living in Turkey during a very turbulent time and witnessed a military coup first hand,” said Allen. “We needed to leave Turkey for a safer environment after witnessing such chaos and hostility.”

Dan Blacksberg, composer specializing in trombone, along with percussionist, vocalist, and Cantor Yosef Goldman, will explore the connections between Jewish, Arabic, and Non-Jewish musical cultures. Along with Nick Millevoi on electric guitar and Chad Taylor on drums, Blacksburg will lean into improvisation to juxtapose jazz against Middle Eastern music.

“I want to dig into the continuum of sounds and people that spreads from the Middle East through Eastern Europe, and a shared history of change that resulted from bringing our cultures to this country,” said Blacksberg. “I want to showcase those sounds, and add to them jazz’s ability, primarily through improvisation, to tell my own story [and] explore connections between music cultures of mine like klezmer and jazz, and those from the Middle Eastern to which I am connected but still an outsider.”

Dariel Peniazek, composer specializing in the tres, joins a team that includes his sister, lyricist Maya Peniazek, and singer Ariacne Trujillo, exploring his own cultural identity by using a traditional Cuban instrument and fusing it with Philadelphia jazz and soul rhythms.

“As a first generation American, I have always had a dual sense of identity. I aim to use this project to fuse what I consider to be the 2 most significant parts of my musical identity: Latin-American music and Philadelphia.”

The 2018-19 Jazz Residency musicians were selected by an eight-person panel made up of some of this country’s most prominent jazz minds – including Dr. Aaron Flagg, Chair & Associate Director of Julliard Jazz; Lonnie Davis, President & CEO of Jazz Arts Initiative in Charlotte, North Carolina; Diane Chandler-Marshall, Education & Talent Development Director for the Jazz Institute of Chicago; Marty Ashby, Executive Producer for the Manchester Craftsmen's Guild (MCG) in Pittsburgh; Georgina Javor, Assistant Director for Programming, Concerts, and Touring, Jazz at Lincoln Center; Ellen Rower, Arthur F. Thurnau Professor for Jazz and Improvisation at University of Michigan in Ann Arbor; and Eric Gould, Chair of Jazz Composition at Berklee College of Music, and Jay Wahl, Producing Artistic Director for the Kimmel Center for the Performing Arts.

Some highlighted successes for former Kimmel Center Jazz Residents include: a debut album entitled The Fisherman from 2016-17 resident Max Swan;  brought to life in WXPN studios as part of WXPN’s Key Studio Sessions, Swan worked with his live band/residency team including guitarists Simon Martinez and Josh Nussbaum, bassist Nick Perri, drummer Lenny Mobley, keyboardist Matt Keppler, and the trombone line of Sam Gellerstein, Nick Lombardelli, and Chris Mele. Swan will also bring Max Swan Presents: MONO//POLY, featuring Suzanne Sheer to the Kimmel Center’s SEI Innovation Studio on December 14, 2018. Following a world tour last year with John Legend, 2015-16 Jazz Resident Korey Riker released his third album in February 2018, a collection of live material titled PTSD Volume 1, which he recorded with his Kimmel Center residency team. 2016-17 resident Jawanza Kobie’s Bird Stories went on to be presented by the Annenberg Center for the Performing Arts in May 2017 and The Mann Center in August 2017. 2017-18 resident Luke Carlos O’Reilly worked on and performed in the Hill-Freedman World Academy benefit concert with a live band in November 2018. The Music Department at Hill-Freedman World Academy had a benefit concert featuring live performances of the songs from What’s Going On, the second offering from the school’s Hill-Freedman Records label last month. The money raised from the benefit helped with promoting the current album as well as fund the next album recorded by students. 2016-17 resident Joanna Pascale will be performing the world premiere of her new choral work based on her critically-acclaimed show Language of Flowers, with unique collaborations between Pascale and the youth of the Sister Cities Girlchoir, at World Café Live in December 2018. This empowering, woman-centered jazz/choral extravaganza draws on material developed during her jazz residency with the Kimmel Center.

“Since 2013, we’ve commissioned and premiered 13 new jazz projects involving Philadelphia musicians, poets, and dancers, all creating the future of jazz as a force to celebrate the joys and struggles of our city. These artists and their music are developed by this program throughout the season, and many have gone on to reach larger audiences on a national scale and influence where American jazz is headed,” said Jay Wahl, Producing Artistic Director of the Kimmel Center for the Performing Arts. “As such, we eagerly anticipate these new projects, which will have world premieres in spring 2019, and we relish the opportunity to continue serving as a catalyst for community conversation through the arts.”

All 2018-19 Kimmel Center Jazz Residency events are held in SEI Innovation Studio, and all are BYOB. The schedule of performances is as follows:

A special kind of concert where the artist engages in a direct dialogue with the audience about their music and how they connect it to the sounds of Philadelphia. Throughout this performance, the audience discusses what “jazz” is today, and the artist shares background info, research, and musical inspirations for the new work they are writing for the residency.

The artist presents a draft of their new compositions. The artists plays all the new material they’ve written for the residency so they can hear it live for the first time in public, then take questions and direct feedback from the audience.

The completed new project is presented to the audience.

These are designated BYO performances. Acceptable forms of BYO are 6-pack of beer and/or 750ml bottles of wine only; no liquor or open containers are permitted. Limit of one (1) 750ml bottle of wine OR one (1) six-pack of beer per two guests. Corkscrews and rolling coolers are not permitted. Ice, cups and corking service available at venue at no cost. All BYO Night guests are subject to lawful ID checks and bag checks at the manager’s discretion.

Kimmel Center for the Performing Arts

Located in the heart of Center City, Philadelphia, The Kimmel Center’s mission is to operate a world-class

THE YEAR-LONG PROGRAM PREMIERES “PHILLY MADE”

(Philadelphia, PA, December 4, 2018) –– The Kimmel Center for the Performing Arts is excited to announce three new Jazz Residency teams for the 2018-19 season: David Allen, Raquel Salas Rivera, and Diane Monroe; Dan Blacksberg with Yosef Goldman; and Dariel Peniazek., Maya Peniazek, and Ariacne Trujillo. Collaborating with the Kimmel Center throughout winter and spring, each team will work to create a new project that is relevant and engaging to the Philadelphia community. In the residency’s sixth consecutive year, all three of these new works will focus on how the United States is coming to terms with the question of identity and these artists’ struggles to define belonging.