How Does Social Drinking Become Problematic as We Age? 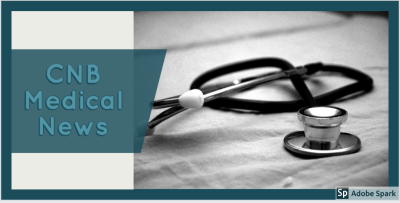 As we age, it takes longer for the body to break down alcohol. It stays in the system longer. Tolerance also decreases. Excessive drinking can compromise your immune system and can lead to some forms of cancer, " Lander said.

It also can decrease the effectiveness of some medications and highly accelerate others, including over-the-counter medications such as aspirin, acetaminophen, sleeping pills and others.

Other health risks with aging and alcoholism include:

"I'm often asked what's the best way to encourage someone to moderate their drinking? If someone hasn’t developed an alcohol use disorder, simply sharing your concerns with them may be enough. This can be even more effective coming from a doctor," Lander said.

If drinking has crossed over into a use disorder, more impactful measures will need to be taken, such as an intervention or behavioral contract (“If you do this… I will do this”), he added.

Keep in mind that the difference between safe, moderate and heavy drinking is a personal matter and different for everyone.

"But the general rule of thumb is to take a close look and honestly assess if drinking is causing any life problems. If it’s causing difficulties with your health, relationships, daily functioning or emotions, then it’s too much," Lander said.

NIAAA research shows that only about two in 100 people who drink within these limits have an alcohol use disorder.

There are some people, however, who should avoid alcohol completely, including:

It is possible to curb your alcohol consumption. At social gatherings, drink some nonalcoholic (water, juices and sparkling sodas) as well as alcoholic beverages.

Don’t forget to eat.  Food can slow the absorption of alcohol and reduce the peak level of alcohol in the body. It can also minimize stomach irritation and gastrointestinal distress the following day.

"A lot of drinking is 'thoughtless,' so simply ask yourself, 'Do I really want a (or another) drink?' Remember, you don't have to drink," Lander said.

How Does Social Drinking Become Problematic as We Age?