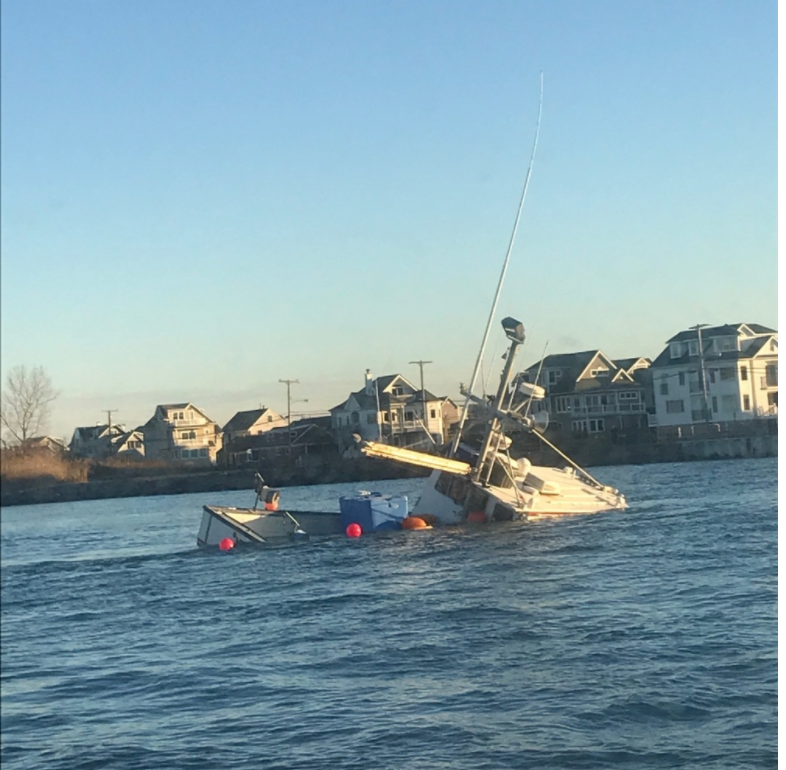 Watchstanders in the Coast Guard Sector Delaware Bay command center received notification at 2 a.m. that the 44-foot fishing vessel Miss Kathleen allided with the northern Manasquan Inlet jetty and was taking on water with three people and a dog aboard.

The Miss Kathleen’s captain intentionally grounded the vessel on Dog Beach, about 20 yards outside the channel.

A Coast Guard 29-foot Response Boat-Small crew from Station Manasquan Inlet launched but could not transit the shallow water to reach the fishing vessel. A Manasquan Fire Department boat crew responded, took aboard the three men and dog, then transferred them to the Coast Guard boat crew.

The RB-S crew brought the men and dog to the station. There were no reported injuries.

At 7 a.m., TowBoatUS personnel arrived on scene and secured boom around the Miss Kathleen as a precaution. There are reportedly 800 gallons of diesel on board the vessel, but no signs of sheen or pollution in the water.