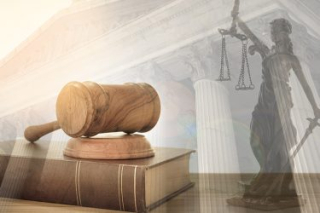 “Today John Sweeney, a predator priest who sexually assaulted a ten-year-old boy in a Catholic church in Westmoreland County two decades ago, was sentenced to prison,” said Attorney General Shapiro. “Sweeney pled guilty to using his position as a priest in the Diocese of Greensburg to sexually abuse a child.  The young man, Josh, who survived this abuse and who testified against Sweeney is a hero; he spoke out because he was concerned that other children could be harmed.  Because of Josh’s courage, Sweeney admitted to being a predator and is required to register as a convicted sexual offender.  Justice was served in this case thanks to the bravery of this survivor to come forward and speak his truth.”

The Grand Jury’s report on widespread sexual abuse and misconduct by clergy and the systematic cover up by church officials throughout six Catholic Dioceses in Pennsylvania was released in August 2018. Of the 301 predator priests named in the Report, Sweeney was one of only two whom the Office of Attorney General was able to charge under the Commonwealth of Pennsylvania’s current statute of limitations for sex abuse crimes.  The other priest charged by the Attorney General, David Paulson, pled guilty to sexual offenses against two boys in Erie in October 2018.

In the Sweeney case, according to the grand jury’s presentment, while in 4th grade at St. Margaret Mary Catholic School during the 1991-92 school year, the victim was sent to Sweeney for discipline because he had been disruptive on a school bus.  The grand jury found that Sweeney used his authority and position as a priest, under the guise of a disciplinarian, to force the victim to perform oral sex on Sweeney in a conference room next to Sweeney’s office inside the St. Margaret Mary Parish.

Sweeney continued in ministry as a priest for approximately 16 years after abusing the victim. Sweeney was assigned to various parishes during his tenure as a priest in the Diocese of Greenburg. Sweeney’s assignments:

The case was prosecuted by Senior Deputy Attorney General Daniel Dye.  Any person with information about clergy child sexual abuse is urged to contact the Office of Attorney General’s Clergy Abuse Hotline: 1-888-538-8541.