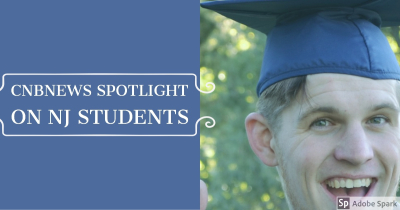 "Our team works very hard on the court and in the classroom to be successful and I am proud of the commitment that they make each and every day to our basketball program," said Kerry Phayre, who is in her 23rd season as head coach of the Women's Basketball team. "I feel they are true student-athletes and work hard to be positive role models on and off the court."

The Assumption College Women's Basketball team was selected sixth in the Northeast Division of the NE10 Preseason Coaches' Poll. The squad is led by a strong trio of seniors and returning players, who hope to guide the team's four freshmen to vie for the NE10 Championship this season.

MIDDLETOWN, CT (11/29/2018)-- Wesleyan University student-athlete Robert Nevin was named to the 2018 NESCAC Fall All-Academic Team, as announced by the conference on November 28. In order to earn a sport on the All-Academic Team, a student-athlete must have reached sophomore academic standing and be a varsity letter winner with a minimum GPA of 3.50 or equivalent on a 4.0 scale.

Nevin is from Cherry Hill.

Wesleyan University is a private, non-sectarian liberal arts university in Middletown, Conn. Founded in 1831, Wesleyan offers its 3,000 undergraduates and 200 graduate students a demanding educational environment characterized by boldness, rigor and practical idealism. At Wesleyan, distinguished scholar-teachers work closely with students in more than 45 fields of study. The university seeks to build a diverse, energetic community of students, faculty and staff who think critically and creatively and value independence of mind and the generosity of spirit. Located two hours from both New York and Boston, the campus overlooks downtown Middletown and the Connecticut River. For more information, visit www.wesleyan.edu.

BATON ROUGE, LA (11/29/2018)-- Rachael Kelley of Mickleton, New Jersey, recently was awarded a Study Abroad Grant worth $1,000 from The Honor Society of Phi Kappa Phi--the nation's oldest and most selective collegiate honor society for all academic disciplines. Kelley is one of 25 students nationwide to receive the award.

The grants are designed to support undergraduates, both members and nonmembers from campuses that have Phi Kappa Phi chapters, as they seek expanded knowledge and experience in their academic fields by studying abroad.

Currently a sophomore majoring in English at Appalachian State University, Kelley will use the grant to study abroad at American University in Bulgaria.

The selection process for a study abroad grant is based on the applicant's academic achievement, campus and community service, relation of travel to academic preparation and career goals, a personal statement, letters of recommendation, and acceptance into a study abroad program. Each recipient receives $1,000 to be applied toward travel abroad.

Established in 2001, the Study Abroad Grant Program has awarded more than $800,000 to undergraduate students. The grants are part of the Society's robust portfolio of award programs, which give nearly $1 million each year to outstanding students and members through graduate and dissertation fellowships, funding for post-baccalaureate development, and grants for local, national and international literacy initiatives.

The Landmark Conference is comprised of eight like-minded institutions from the mid-Atlantic region that organize and operate intercollegiate athletic competition in a manner that recognizes the centrality of the academic mission at each institution, while embracing the idea that athletics competition is an important component of the undergraduate experience.

The University of Scranton is a Jesuit university located in Northeastern Pennsylvania.