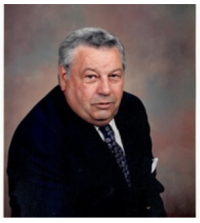 There will be a viewing Wednesday morning from 8:45 to 9:45am at GARDNER FUNERAL HOME, RUNNEMEDE.

In lieu of flowers, donations may be made in Robert’s memory to the Animal Welfare Association, 509 Centennial Blvd., Voorhees, NJ 08043.