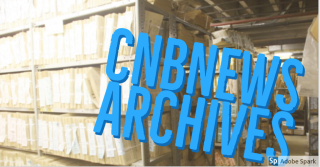 The first trailer for a new major movie set in Ocean City, NJ has been released.  The trailer also shows a scene taking place in Atlantic City.  Unfortunately media sites indicate the film was shot in New York.  Are State Tax Credits to blame?

Kristen Wiig scored huge with Bridesmaids, and this summer she is back in a romantic comedy called "Girl Most Likely" co-starring Glee's Darren Criss and also featuring well known actors Annette Bening and Matt Dillon.

I make this assessment only from viewing the trailer, but the movie seems to have a clear common theme with another movie set in this area "Silver Lining Playbook". Both have the storyline of "Adult child needs to live back at home after suffering mental lapses".

Unfortunately, one thing that may also be in common to both movies, is that while they have roots in New Jersey, neither was filmed in New Jersey.

Award winning Silver Linings Playbook, which was based on a book by Haddonfield resident Matt Quick, was originally set in Collingswood NJ, but the screenplay moved the location over to Upper Darby, PA.  Movie executives stated it was to more firmly root the movie with Philadelphia and the Eagles NFL team, which is a key theme in the movie.

And while the soon to be released "Girl Most Likely" is set in Ocean City NJ, and features clips from the famous Jersey shore family resort, movie sites indicate it was actually filmed in New York and list beach town Broad Channel Queens, New York as a filming location.

So while there are a variety of reasons for choosing film locations, you can't ignore potential impacts from Governor Christie's cancellation of the film tax credit program in 2011, which came soon after controversy surrounding tax credits for MTV Reality show "The Jersey Shore".

A Jersey Journal/NJ.com poll on January 17th of this year, discusses the effects of the film credit cancellation and mentions one TV show in particular, "Law and Order" which after filming in New Jersey since 1999 moved it's production to New York, taking with it an estimated 200 jobs and $55 million in economic impact.

That being said, it seems that even when in place the New Jersey tax credit paled New York State's offering...  New Jersey allocated $10 million in credits where New York offered what is stated at $240 million in the NJ.com article, but in other articles is listed at $420 million.

Pennsylvannia, while winning the "Silver Linings Playbook" sweepstakes was also affected by film tax credit decisions when Brad Pitt's mega-budget film "World War Z", while set in Philadelphia. moved its $200 million budget out of the country to Glasgow when it looked like the PA tax credits were going to expire.   Pennsylvannia did pass the tax credits, but not in time to keep Brad Pitt in the US.

Jimmy Fallon is taking over as the Tonight Show host and moving the production to New York.  Is it because he is a fan of New York, or as the New York Daily News reports, is itbecause New York legislature extended the credits to cover talk and variety shows... jokingly referred to as the "Jimmy Fallon Tax Credit".

Honestly, it's too early to judge if we missed out on a filming opportunity in Ocean City, NJ.  Maybe the location is simply a very small part of the film.  But it still raises a valid question...

The first trailer for a new major movie set in Ocean City, NJ has been released.  The trailer also shows a scene taking place in Atlantic City.  Unfortunately media sites indicate the film was shot in New York.  Are State Tax Credits to blame?