Guest OpinionWhen It Rains It Floods on the Passaic 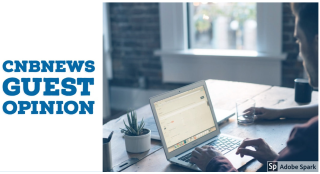 Parts of Wayne and Lincoln Park flooded today after heavy rains on Saturday caused the Passaic and Pompton rivers to overflow. The National Weather Service issued flood advisories on Saturday for much of New Jersey as rain continued across the state. Many towns are seeing problems with storm drainage from the flooding and entire streets are going underwater.

“Every time there is a storm, places like Wayne, Little Falls and Lincoln Park constantly flood. It seems like a regular occurrence that every time it rains, it floods. These 200-year floods are now happening every few years thanks to climate change. The best way to protect people is to keep them away from harm’s way. This means we must focus on buying out flood prone properties to prevent flooding impacts. Another reason New Jersey is seeing increased flooding is because of Christie’s weakened regulations that protect our waterways. This has led to more development in floodplains and flood-prone areas, making flooding patterns worse,” said Jeff Tittel, Director of the New Jersey Sierra Club. “An important way to improve our stormwater management and reduce flooding is to reverse these rollbacks and put in place stronger protections.”

For 30 years we have talked about dealing will flooding on the Passaic River and the need for a comprehensive plan for the region. This plan needs to including funding buy-outs and other programs to reduce flooding. In addition there has to be money set aside to remove bridges and culverts that add to flooding problems as well as building bridges with larger openings to prevent flooding. We also must remove structures and fill so we can restore the flood plains.

“We need to not only to remove people form harm’s way, but to develop floodplains, create flood storage areas, remove structures that make flooding worse, and stop upstream development. We must move New Jersey forward with a holistic approach to dealing with flooding including climate change. This includes elevating roadways, restoring stream corridors, limiting impervious cover and reducing greenhouse gasses by preventing fossil fuel projects such as the proposed power plant in the Meadowlands,” said Jeff Tittel.

New Jersey is still using weakened Flood Hazard rules which adds more development to environmentally sensitive areas, getting rid of stream buffers, and eliminating protections for headwaters. Christie’s Coastal CAFRA Rules which are still in place, allow more development in areas vulnerable to coastal flooding and allows high density development in the most high-hazard flood areas along the coast. The weakened Wetlands Rules would fill in wetlands that protect us from pollution and flooding in flood prone areas.

The Murphy Administration must reverse Christie’s rollbacks on important rules like the Flood Hazard Rules and CAFRA rules. Christie’s rules would allow our coast to turn into an urban area that has higher density than Manhattan Island and build commercial development behind sea walls without addressing sea level rise or climate change,” said Jeff Tittel.

We need to be taking a multi-state approach to tackling sea level rise and climate change. This should include holistic solutions including flood storage. We need to be reducing greenhouse gasses and protecting our coastal ecosystems with natural features, not building concrete walls that only redirect the flooding problem while causing other issues. The new U.S climate report written by 13 federal agencies and hundreds of scientists show that climate change is getting worse and happening faster. The study projects a hefty cost of $291 billion from heat-related deaths, sea level rise and infrastructure damage all due to climate change.

“We continue to see more and more flood events across our state, affecting homes and communities and putting our waterways at risk. We must pull down weakened versions of important water rules including the Flood Hazard Rules, Water Quality Management and Planning Rules, CAFRA, and Wetlands Rules. We must instead place protections on our waterways to prevent development that increases flooding and pollution. The climate report shows that the cost of climate change will only get worse if we don’t start acting now to mitigate those effects,” said Jeff Tittel, Director of the New Jersey Sierra Club. “As the effects of climate change, including flooding, worsen over the years, we will need the Murphy Administration to step up and protect our waterways.”

Guest OpinionWhen It Rains It Floods on the Passaic

Parts of Wayne and Lincoln Park flooded today after heavy rains on Saturday caused the Passaic and Pompton rivers to overflow. The National Weather Service issued flood advisories on Saturday for much of New Jersey as rain continued across the state. Many towns are seeing problems with storm drainage from the flooding and entire streets are going underwater.