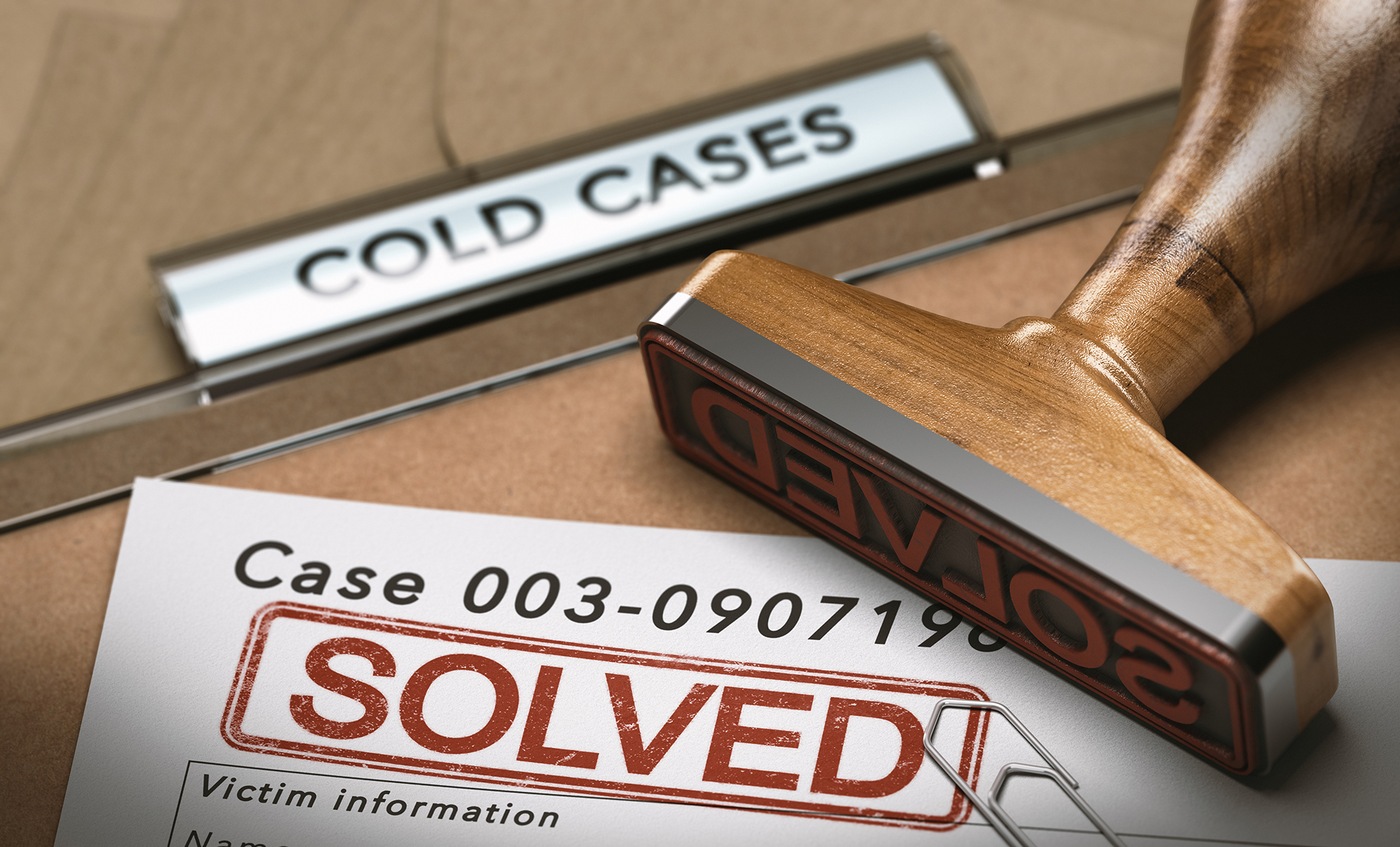 A 78-year-old man sitting in prison in Texas may be among the most prolific serial killers in U.S. history, FBI crime analysts report. According to the Texas Rangers, Samuel Little has confessed to 90 murders to date, and the FBI is working with the Department of Justice’s Bureau of Justice Assistance, the Texas Rangers, and dozens of state and local agencies to match Little’s confessions with evidence from women who turned up dead in states from California to Florida between 1970 and 2005. 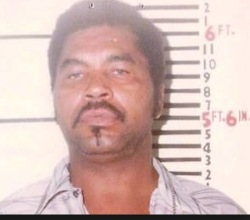 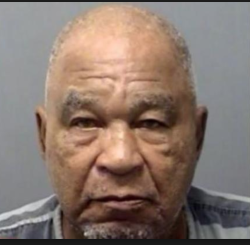 Samuel Little in 1956 and today (photos courtesy of FBI)

Little’s run-ins with the law date back to 1956, and there are clear signs of a dark, violent streak among his many shoplifting, fraud, drug, solicitation, and breaking and entering charges. But law enforcement has only recently begun unraveling the true extent of his crimes.

Little was arrested at a Kentucky homeless shelter in September 2012 and extradited to California, where he was wanted on a narcotics charge. Once Little was in custody, Los Angeles Police Department detectives obtained a DNA match to Little on the victims in three unsolved homicides from 1987 and 1989 and charged him with three counts of murder. For these crimes, Little was convicted and sentenced in 2014 to three consecutive life sentences with no possibility of parole.

In all three cases, the women had been beaten and then strangled, their bodies dumped in an alley, a dumpster, and a garage. Little asserted his innocence throughout his trial—even as a string of women testifying for the prosecution told of narrowly surviving similarly violent encounters with Little.

In the early 1980s, Little had also been charged with killing women in Mississippi and Florida but escaped indictment in Mississippi and conviction in Florida. He had, however, served time for assaulting a woman in Missouri and for the assault and false imprisonment of a woman in San Diego.

When Los Angeles got the DNA hit on Little, they asked the FBI’s Violent Criminal Apprehension Program (ViCAP) to work up a full background on him. The FBI found an alarming pattern and compelling links to many more murders.

ViCAP reached out to the Texas Rangers with one clear connection. “We found a case out of Odessa, Texas, that sounded very much like him, and we could place him passing through the area around the same time,” said ViCAP Crime Analyst Christina Palazzolo, who worked on the cases with Department of Justice Senior Policy Advisory and ViCAP Liaison Angela Williamson. “We sent that lead out to the Texas Rangers, who were eager to follow up on the long-cold case.”

When Palazzolo and Williamson accompanied Ranger James Holland to California to interview Little in the spring of 2018, the convicted murderer was hoping to move prisons. In exchange for a move, Little was willing to talk.

“The biggest lesson in this case is the power of information sharing. These connections all started in our database of violent crime.”

“Over the course of that interview in May,” said Palazzolo, who was sitting down the hall combing through data with Williamson, “he went through city and state and gave Ranger Holland the number of people he killed in each place. Jackson, Mississippi—one; Cincinnati, Ohio—one; Phoenix, Arizona—three; Las Vegas, Nevada—one.” In total, Little confessed to 90 killings, and Palazzolo and Williamson have been working to match up evidence to as many confessions as they can. Thus far, the team has confirmed 34 killings with many more pending confirmation. There are still a number of Little’s confessions that remain uncorroborated.

Williamson and Palazzolo say Little remembers his victims and the killings in great detail. He remembers where he was, and what car he was driving. He draws pictures of many of the women he killed. He is less reliable, however, when it comes to remembering dates. Little’s uncertain timeline has created a verification challenge for the ViCAP team, along with the issues stemming from the victims Little targeted, his methods, and how much he moved around—features of his crimes that begin to explain how he got away with murder for decades.

From the time Little dropped out of high school and left his Ohio home in the late 1950s, he lived a nomadic life. Palazzolo and Williamson said he would shoplift and steal in a city or town to gather the money to buy alcohol and drugs, but never stayed in one place for long. He would drive from New Jersey to California in a matter of days, reports Palazzolo, and when he had his many run-ins with police, they often just wanted to shoo him out of town.

Little chose to kill marginalized and vulnerable women who were often involved in prostitution and addicted to drugs. Their bodies sometimes went unidentified and their deaths uninvestigated.

Little’s method of killing also didn’t always leave obvious signs that the death was a homicide. The one-time competitive boxer usually stunned or knocked out his victims with powerful punches and then strangled them. With no stab marks or bullet wounds, many of these deaths were not classified as homicides but attributed to drug overdoses, accidents, or natural causes.

In addition, DNA evidence was often not available or could not provide a clear link back to Little. A large number of the killings occurred in the 1970s and early 1980s, before DNA profiling was part of the law enforcement toolbox. After DNA analysis came into play, the victims’ work as prostitutes complicated the ability of police to gather telling physical evidence.

After Holland interviewed Little, he was indicted for the Odessa homicide and extradited to Texas a few months later. He remains in the custody of Odessa, but has been housed in Wise County for some time to be closer to Holland, who has been conducting nearly daily interviews to create the most accurate accounting possible of Little’s crimes. Palazzolo and Williamson have continued to gather new information from these interviews and are examining every tie they can find, from mortuary records and death certificates to cold case files.

“The biggest lesson in this case is the power of information sharing,” said Kevin Fitzsimmons, ViCAP’s Supervisory Crime Analyst. “These connections all started in our database of violent crime.”

Palazzo and Williamson said the cases that were recorded in ViCAP made for early and easy connections. The absence of data on so many others is what has made confirming Little’s accounts difficult and is perhaps part of what allowed his crimes to continue for so long.

“A Jane Doe who turned up dead in an alley in New Orleans may look like an isolated event,” stressed Fitzsimmons. “But when entered into the ViCAP database and examined with other mysterious deaths or missing persons, patterns emerge. That is the value of ViCAP. “

Little is in poor health and will likely stay in prison in Texas until his death. The goal now is to identify his victims and provide closure and justice in unsolved cases. ViCAP is also hoping this case will serve as a reminder to every jurisdiction of the importance of consistent violent crime reporting.

For more information or to report potential case links to Samuel Little, contact ViCAP at 800-634-4097.

Established by the Department of Justice in 1985, the FBI’s Violent Criminal Apprehension Program serves law enforcement agencies across the nation by providing a free repository for behavioral and investigative information related to the following solved and unsolved violent crimes:

ViCAP’s services include crime analysis; the creation of maps, timelines, and matrices; information dissemination; the facilitation and coordination of communications between agencies; task force assistance; and the development and maintenance of ViCAP Web.

These incidents are either linked to victims who have not yet been identified (Jane Does) or to murders described by Samuel Little that have not yet been definitively corroborated by law enforcement (unmatched confessions). The information depicted when selecting the pinpoints on the map (also available in text form below) is based on interviews with Samuel Little; they are his confessions and recollections, and dates are approximations. (Information current as of November 15, 2018.)

A 78-year-old man sitting in prison in Texas may be among the most prolific serial killers in U.S. history, FBI crime analysts report. According to the Texas Rangers, Samuel Little has confessed to 90 murders to date, and the FBI is working with the Department of Justice’s Bureau of Justice Assistance, the Texas Rangers, and dozens of state and local agencies to match Little’s confessions with evidence from women who turned up dead in states from California to Florida between 1970 and 2005.

Samuel Little in 1956 and today (photos courtesy of FBI)