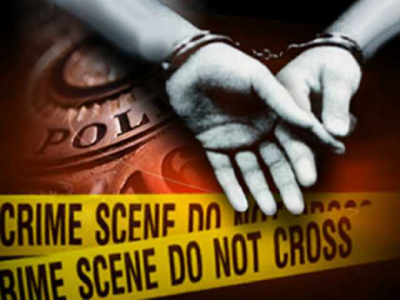 Upon arrival, responding officers discovered Mr. Robinson lying on the ground, directly in front of Steele’s residence.  Robinson, who had sustained a single gunshot wound, was transported to Cooper Trauma Center where he was pronounced deceased.

Officers of the Gloucester County Prosecutor’s Office and the Deptford Township Police Department took Steele into custody without incident at the scene.  Steele was initially charged with drug-related offenses that night and lodged in the Salem County Correctional Facility.

An autopsy performed by Gloucester County Medical Examiner Dr. Gerald Feigin on November 29, 2018, concluded that Mr. Robinson’s death was caused by a gunshot wound to the back and the manner of death was determined to be homicide.

Prosecutor Fiore praised the exemplary efforts of the Deptford Township Police Department under the leadership of Captain Brian Toal. “Through seamless cooperation and teamwork, the GCPO and Deptford PD moved quickly and efficiently to alleviate any public risk, identified and secured evidence, and arrested the suspect in very short order.  Incidents of this type harm our neighborhoods, put our children at risk, and will generate a relentless response from every asset we can bring to bear.”  Prosecutor Fiore also praised the contributions and support of the Real-Time Crime Center South, as well as multiple canine patrols, which responded to and assisted at the scene.

The Gloucester County Prosecutor’s Office believes there are additional witnesses who may provide crucial information in this investigation.  Anyone with information about this incident is asked to contact Det. Michael Bielski of the Gloucester County Prosecutor’s Office at 856-384-5645 or DSG John Gigante of the Deptford Township Police Department at 609-929-7679.

Information can also be e-mailed to the Gloucester County Prosecutor’s Office at tips@co.gloucester.nj.us.

Multiple Police K-9 Units from the area and the NJSP Real-Time Crime Center-South also assisted in the investigation.