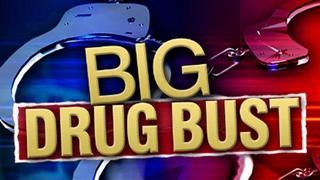 10 Arrests Made in Coordinated Takedown by Federal and State Law Enforcement; Eight Defendants At Large, One in Custody on State Charges

A complaint unsealed today charges the defendants (see chart below) with participating in a drug trafficking conspiracy that involved at least 280 grams of cocaine base, at least one kilogram of heroin, and other quantities of cocaine and fentanyl. The defendants arrested today are scheduled to have their initial appearances this afternoon before U.S. Magistrate Judge Joel Schneider in Camden federal court. E defendants remain at large.

According to documents filed in this case:

An investigation led by the FBI used surveillance, confidential informants, consensual recordings, multiple controlled drug purchases, record checks, a GPS vehicle tracker, and several court-authorized wiretaps to uncover the operations of a drug trafficking organization that dealt crack cocaine, cocaine, heroin and fentanyl in and around the City of Camden. The organization’s activities were concentrated on the 400-500 blocks of Pine Street, where members distributed drugs to customers who approached on foot and in vehicles. The organization also supplied drugs to customers and other distributors elsewhere.

Members of the organization previously had conducted drug trafficking activities in and around the 1900 block of Filmore Street. After a fatal, drug-related shooting in that area in April 2017, local law enforcement increased their presence in the area and the organization ultimately shifted its activities to Pine Street.

The investigation has revealed that from November 2016 to November 2018, the organization’s members worked together in a multi-layered organizational structure to supply drugs. The main role of Ronnie Lopez – one of the alleged leaders of the organization – was to obtain bulk quantities of illegal drugs for sale to customers. The organization also had distributors and packagers, such as Carlos Perez and Nelson Salcedo, whose main roles were to obtain drugs from Lopez and others and to prepare and package the drugs for distribution downstream. The organization used “runners,” or managers, like Juan Figueroa and Paul Salcedo. These individuals obtained drugs from higher-level distributors and packagers within the organization and then provided those drugs downstream to shift managers like Jose Diaz and Christopher Vazquez. “Runners” also collected drug proceeds from lower-level shift managers and provided that money to higher-level members of the organization, such as Lopez. Shift managers, in turn, supervised the organization’s set workers, including Jose Agron, Elisa Rivera, Jasmin Velez, Dwight Williams, Kaliel Johnson, William Carrillo, Meylin Troncoso, Waldemar Garcia, Naeem Sadler, and Jameel Byng. These set workers sold drugs directly to customers and passed the proceeds up the organizational hierarchy. David Velez and Ramon Velez sold drugs supplied by the organization near their residences.

The drug trafficking organization is also believed to have used violence in the course of its operations. Multiple communications intercepted by wiretaps reflected that members of the organization owned guns and were prepared to use them. Juan Figueroa currently is facing several charges in Camden County Superior Court regarding the Aug. 7, 2018, shooting of two law enforcement officers, who were in an unmarked car and wearing plain clothes after having conducted surveillance earlier in the day on members of the organization. Also, some of the heroin that was purchased from the organization bore the same stamp as drugs found at the sites of drug overdoses in Camden, including two fatal overdoses.

The drug trafficking conspiracy count carries a mandatory penalty of 10 years in prison, a maximum potential penalty of life in prison, and a $10 million fine.

He also thanked the Drug Enforcement Administration, the U.S. Marshals Service, and the Department of Homeland Security for their assistance.

The government is represented by Assistant U.S. Attorneys Sara A. Aliabadi and Patrick C. Askin of the U.S. Attorney’s Office Criminal Division in Camden.

The charges and allegations contained in the complaints and the charges against Figueroa in state court are merely accusations, and the defendants are considered innocent unless and until proven guilty.

10 Arrests Made in Coordinated Takedown by Federal and State Law Enforcement; Eight Defendants At Large, One in Custody on State Charges