Newswise (October 29,2018)(CNBNewsnet) — A study evaluating the prevalence and clinical consequences of prescription amphetamine (AMP) misuse among adolescents and adults was 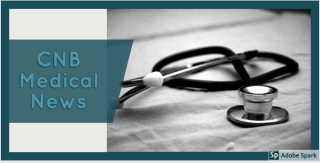 “Stimulant medications, when used as prescribed, are very important treatment options for patients with ADHD, but they can be diverted and abused for non-medical use,” said Upstate’s Faraone, the lead author of the study. “Misuse by any route of administration can be dangerous but as this study suggests, severe medical outcomes occur when people snort or inject stimulant medication. For example, this study demonstrated that those who intentionally abused AMP by injecting were at increased risk to be admitted to the critical care unit or die.”

Results from the study demonstrated that oral and non-oral abuse of AMP were associated with higher odds of morbidity and mortality. AMP abusers had higher odds of admission to a health care facility as compared to non-abusers (IV: odds ratio [OR] 7.8 [Standard Error (SE) 0.17]; Intranasal: OR 3.48 [SE 0.09]; Oral: OR 6.6 [SE 0.043]; p<0.0001).  Odds of admission to critical care units and psychiatric units were also increased for abusers versus non-abusers.

The study was funded by Arbor Pharmaceuticals, LLC.

Current guidelines and expert opinion emphasize the clinical importance of treating ADHD and the role of stimulant medications in the treatment paradigm. While therapeutically effective, stimulants, such as amphetamine, have the potential for abuse, misuse, dependence and diversion.  Data suggest that the rates of abuse and misuse are rising, carrying risks of serious medical outcomes. The National Surveys on Drug Use and Health (NSDUH) indicate that the majority of prescription stimulant misuse occurs during adolescence and young adulthood.1 While oral abuse is most common, non-oral use, including intranasal (snorting) and intravenous use, occurs with intranasal administration reported as high as 40% among those who misuse/abuse.2,3,4 The most commonly reported primary source for abused stimulants is generally family or friends.4, 5, 6,7

Newswise (October 29,2018)(CNBNewsnet) — A study evaluating the prevalence and clinical consequences of prescription amphetamine (AMP) misuse among adolescents and adults was