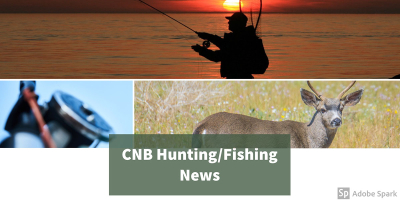 Pennsylvania’s wild turkey season begins today, Oct. 27 in most parts of the state, but hunters are reminded that season lengths vary by Wildlife Management Unit, and fall-turkey hunting is closed in some areas.

Overall, the season structure and season lengths in each Wildlife Management Unit (WMU) is nearly identical to 2017.

The three-day, Tuesday-through-Thursday season in WMU 5B marks the second straight year the WMU has been opened to fall-turkey hunting, a result of sufficient rebound in population trends, according to Game Commission wild turkey biologist Mary Jo Casalena. The three-day Thursday-through-Saturday season remains intact in WMU 5A to provide greater opportunity for hunters whose schedules do not allow for a weekday hunt.

Unlike the spring turkey season, in which hunters are permitted to harvest only bearded birds, any turkey can be harvested in the fall season. And since research shows that overharvesting hen turkeys can impact the population, fall season lengths are adjusted by WMU based on available population data.

“Young male turkeys, also known as jakes, are difficult to distinguish from females,” Casalena said. “Our research shows females, both juvenile and adult, comprise a larger portion of the fall harvest than males, and our management and research also have shown that we shouldn't overharvest females, so we shorten the fall season length when turkey populations decline to allow them to rebound.”

Fall turkey forecast
Last year’s fall harvest of 9,266 was down from 10,844 in 2016 and was 37 percent below the previous three-year average of 14,718, likely due to a combination of a decrease in fall hunting participation, possibly due to our aging hunter population, or hunters switching to archery deer and bear hunting, shorter fall season lengths in many WMUs, below average turkey reproduction (translating to smaller sized turkey flocks) and abundant acorn crops in much of the state, which tended to scatter flocks making them more difficult to locate, Casalena said. See the table below for the 2016 and 2017 harvests by WMU.

“Turkey reproduction this summer varied across the state with above average recruitment in some Wildlife Management Units, but below average in neighboring WMUs, so it’s best to get out and see for yourself what the reproduction was like in your area,” Casalena said.

Casalena said acorn, beech and cherry production also varied across the state, with most areas having average to below-average hard mast production. However, a lack of these food items tends to keep flocks congregated where the food exists and, therefore easier for hunters to find, thus increasing fall turkey harvest, she said. Keep in mind you may be searching for miles in the big woods before locating a flock, so a hunting dog is very helpful for fall turkey and may increase hunter success. Hunters who enjoy hunting other species with a dog know how rewarding it is to share the experience and excitement with their dog, and the same is true for fall turkey hunting.

Casalena said the fall season is a great time to introduce a novice turkey hunter to the sport. “It’s not only a great time to be in the woods, but novice turkey callers can be just as successful as a pro when mimicking a lost turkey poult,” she said. “And once a flock is located, I remind hunters that turkeys are tipped off more by movement and a hunter’s outline than fluorescent orange.”

The Thanksgiving three-day season provides additional opportunities for participation, and is also a very successful season with about 20 percent of the harvest during those three days.

Last year’s fall hunter success rate of 9 percent was similar to the previous four-year average. Fall hunter success varies considerably depending on summer reproduction, food availability, weather during the season, and hunter participation. Hunter success was as high as 21 percent in 2001, a year with excellent recruitment, and as low as 4 percent in 1979.

Hopefully hunter success isn’t measured only by whether a turkey is harvested. Enjoying time afield with family, friends, a hunting dog, and/or mentoring a hunter also qualifies a hunt as successful.

Successful hunters are reminded reporting your turkey harvest is mandatory. There are three easy options: on line at www.pgc.pa.gov (go to Report a Harvest on the Home Screen); by phone, toll-free at 1-855-PAHUNT1 or 1-855-724-8681; or by mail using the postage-paid harvest report card found with the Pocket Guide that comes with each hunting license, or print a report card from the website, https://www.pgc.pa.gov/HuntTrap/Pages/Report-a-Harvest.aspx , and mail it.

The agency’s Board of Game Commissioners in late September preliminarily approved a measure to update the state’s list of threatened and endangered species by adding the northern long-eared bat, tri-colored bat and little brown bat.

As part of the overall state status-change package, the board also preliminarily agreed to upgrade the peregrine falcon from endangered to threatened; upgrade the piping plover from extirpated to endangered; and add the red knot – already listed federally as threatened – as a threatened species.

The northern long-eared bat already had been listed federally as a threatened species for more than three years. In addition, tri-colored bats and little brown bats currently are being evaluated for U.S. Endangered Species Act protection.

Written comment will be accepted on this status-change package until Dec. 31. The Board of Game Commissioners also will accept public comment – limited to five minutes – at its Jan. 27 and 28, 2019 meetings. Final adoption of the proposal will be considered at the Board’s Jan. 29, 2019 meeting.

These listings historically have ensured the Game Commission and other resource agencies work with industry if projects could be affected by the presence of endangered or threatened species. All projects are screened for potential conflicts through a state environmental review, which has been in place since the early 1980s and now is called the Pennsylvania Natural Diversity Inventory (PNDI).

Since tri-colored and little brown bats currently are not federally listed and the Game Commission, as part of its status-change package, proposes to protect mothers and their young in summer (maternity) habitat by requiring consultation with the PGC for projects located within 300 meters of known roost locations. Likewise, projects located with 300 meters of known hibernacula that do not contain federally listed bats will trigger Game Commission consultation.

“Sites that held these bats prior to the arrival of white-nose syndrome, but not since, won’t affect projects,” said Dan Brauning, Wildlife Diversity Division supervisor. “That distinction alone immediately reduces the potential for conflicts when you consider bats have lost upward of 97 percent of their historic populations in Pennsylvania.”

For perspective, there are about 30 hibernacula and 120 maternity sites known to support little brown and tri-colored bats that will be added to PNDI.

Prior to white nose syndrome appearing in 2008 in Pennsylvania, there were about 250 bat hibernacula and 300 maternity sites listed in PNDI, according to Greg Turner, Game Commission Endangered and Nongame Mammals Section supervisor.

The Game Commission will continue to coordinate with applicants to resolve conflicts, agency Executive Director Bryan Burhans Brauning pointed out.

“The Game Commission strives to work whenever possible with industry, to save jobs, and be a part of sound state government,” emphasized Burhans. “But we cannot look the other way as bats tumble toward extinction. This agency has statutory and state constitutional commitments to represent and conserve all wildlife for today and tomorrow.”

What works against these cave bats is their annual reproduction provides limited replacement. Most female cave bats have one pup per year, a rate that would place their potential recovery more than a century away.

The peregrine falcon has seen a steady statewide recovery, which qualifies its status to be upgraded to threatened under the agency’s Peregrine Falcon Management Plan. This upgrade would keep PNDI screening and Game Commission coordination at status quo.

Upgrading the piping plover’s status to endangered recognizes its return to breeding in Pennsylvania. After more than 60 years of absence, piping plover pairs successfully nested at Presque Isle State Park in 2017 and 2018.

And changing the status of the red knot – a rare migrant bird found in Pennsylvania mostly at Presque Isle State Park – recognizes its vulnerability to further declines.

Both piping plovers and red knots currently are federally listed. The Game Commission would continue to defer potential conflict coordination for both species to the USFWS.

Pennsylvania’s wild turkey season begins today, Oct. 27 in most parts of the state, but hunters are reminded that season lengths vary by Wildlife Management Unit, and fall-turkey hunting is closed in some areas.

Overall, the season structure and season lengths in each Wildlife Management Unit (WMU) is nearly identical to 2017.