Progress Has Been Made And More Reforms Targeted 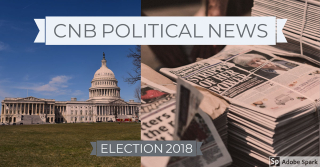 Somers Point, NJ, October 29, 2018 – You wouldn’t know it from the Democrat’s deceptive  election season advertising, but the Republican led government under President Trump has made great strides in providing affordable health care for the American people, despite needing to overcome Democrat obstruction to do so.

“President Obama looked directly into TV cameras and deliberately lied about Obamacare’s high cost and people being able to keep their doctors.  Nancy Pelosi said that the Obamacare legislation had to be passed without reading it so that Congress could learn what was in it.  Now the Democrats are saying that Republicans will not allow health insurance to cover preexisting conditions.  Once again, they’re lying.  Protection for patients with preexisting conditions is a Republican priority,” said Seth Grossman, the Republican candidate for Congress in NJ’s 2nd District.

“The truth is that in two years under President Trump’s leadership the Republicans improved the simplicity and affordability of America’s health care system and are working hard to do more, despite nonstop roadblocks from the Democrats.  Changes already exacted by the Trump Administration are driving down premiums, including a 14.7% reduction in New Jersey.”

Grossman cited several significant accomplishments already in place, including the elimination of the Obamacare individual mandate, the ending of pharmacy “gag” clauses so that patients can find the lowest prices for medications, and passing of “Right-to-Try” legislation providing greater access to experimental drugs.  The Trump Administration is also providing affordable health care options through association health care plans and short term-limited duration plans, and streamlined the Food and Drug Administration approving a record number of generic drugs for substantial cost-savings.  Other initiatives reformed the Medicare program protecting seniors from being overcharged by hospitals and spearheaded the Veterans Administration Mission Act, allowing for veterans to receive care from private doctors and creating telehealth services, walk-in clinics and same-day urgent care and mental health care.  They also launched an aggressive, $6 billion program combating the opioid addiction epidemic.

“Some Democrats have actually said that the Republican policies will result in the deaths of thousands of Americans.  It actually is the government-run Washington-knows-best method of Obamacare that the Democrats want that is life-threatening.  Bureaucrats shouldn’t be making decisions limiting medical care for people.  The Trump Administration and Republican Congress have plans for further improvements, they just need the Democrats to get out of their way,” Grossman said.

“There are various reinsurance and high-risk pool programs being considered to protect all patients regardless of medical history, and efforts underway that will reduce the cost of medications through additional transparency and accountability across the entire prescription drug supply chain.  The Republicans also want to eliminate the Health Insurance Tax, reduce Washington mandates that limit choices and allow for group insurance from cooperatives formed by small business and individuals which will make insurance more affordable.”

“The midterm election is just a week away, and I advise the public not to believe everything being publicized by the Democrats and the main-stream media.  A lot of work has been done and progress has been made, and I will add my energy and ideas supporting the President and improving our health care system when in Washington,” Grossman said.

Seth Grossman and Jeff Van Drew are facing off in New Jersey’s 2nd Congressional District.  The seat, which has been represented by retiring U.S. Rep. Frank LoBiondo for 24 years, includes the counties of Cape May, Atlantic, Cumberland and Salem and parts of Camden, Gloucester, Burlington and Ocean counties.  Donald Trump won the district by five points in the 2016 election.  For additional information log onto www.GrossmanForCongress.com.

Progress Has Been Made And More Reforms Targeted

Somers Point, NJ, October 29, 2018 – You wouldn’t know it from the Democrat’s deceptive  election season advertising, but the Republican led government under President Trump has made great strides in providing affordable health care for the American people, despite needing to overcome Democrat obstruction to do so.