Some Useful Advices For Writing A Good Dissertation

This is a scary move. One that 99% of kayakers will never want to try it. It is also an extremely difficult move which most kayakers who do try may not have the skill to stick. It helped Jackson dramatically to have tested this maneuver in his newest kayak design, the Rock Star 4.0, which has more volume in the bow and doesn’t allow his head and shoulders to get all of the way under water which might stop his upward rebound. Jackson had tried this move many times over the past 5 years but was never successful, until his first try in his newly enhanced kayak.

The process:
1. You need a perch above the water that is high enough that you can complete a backflip.
2. You have to commit to, and then learn the backflip, and then get good enough at it to land it at exactly the right angle and body position.
3. You have to know how to do a “front loop” in your kayak and be good enough to do it eyes closed because you’ll be completely enveloped in the water from the fall and the explosion of water from the landing, that you can’t see anything.
4. You have to keep your hands (paddle) way over your head, so it doesn’t go under water and stop your upwards momentum.
5. You have to commit to a long rise up and out of the water with your eyes close and throw the loop at the right time to get big air and complete the front flip rotation.

Some other factors:
1. You have about a + or - 2 degree of angle margin for error to make it work on the landing. Notice he lands at exactly 90 degrees to the water with zero rotation speed.
2. You cannot have any side-to side-angle or you simply fall in and immediately your bow pops out to the side which would appear to be an epic fail.

Dissuading factors for others to learn it:
1. You have to keep the bow past vertical on the way down to achieve the trick and if you land slightly past vertical your bow doesn’t penetrate the water, but just kicks backwards and land in a belly flop with your kayak landing on your head. It is very painful. Wind gets knocked out of you and the sprayskirt typically racks your genitals. Most won’t try a second time in that event.
2. You have to inch up to the cliff with your posterier balancing on the very edge and in the process if you go 1” too far you fall off backwards on your head. If you are fearful and don’t go backwards far enough, your kayak would not be on the pivot point, This would “camber up” stopping the rotation and causing you to fall backwards.

"Why I can do it and nobody else can? I understand what I was trying to do, why it did or did not work, and created the mental picture, as well as the equipment, neccesary to pull it off. I am willing to take my hits and keep on trucking -- having landed on my head plenty before sticking this successful attempt. I have created more freestyle kayak moves than anyone else in the history of the sport and have used that knowledge to help win four world championships. This trick won’t show up in those competitions, but I have plenty of moves that keep me striving to be the best there is.” - Eric Jackson, Four x World Champion Whitewater Kayaker 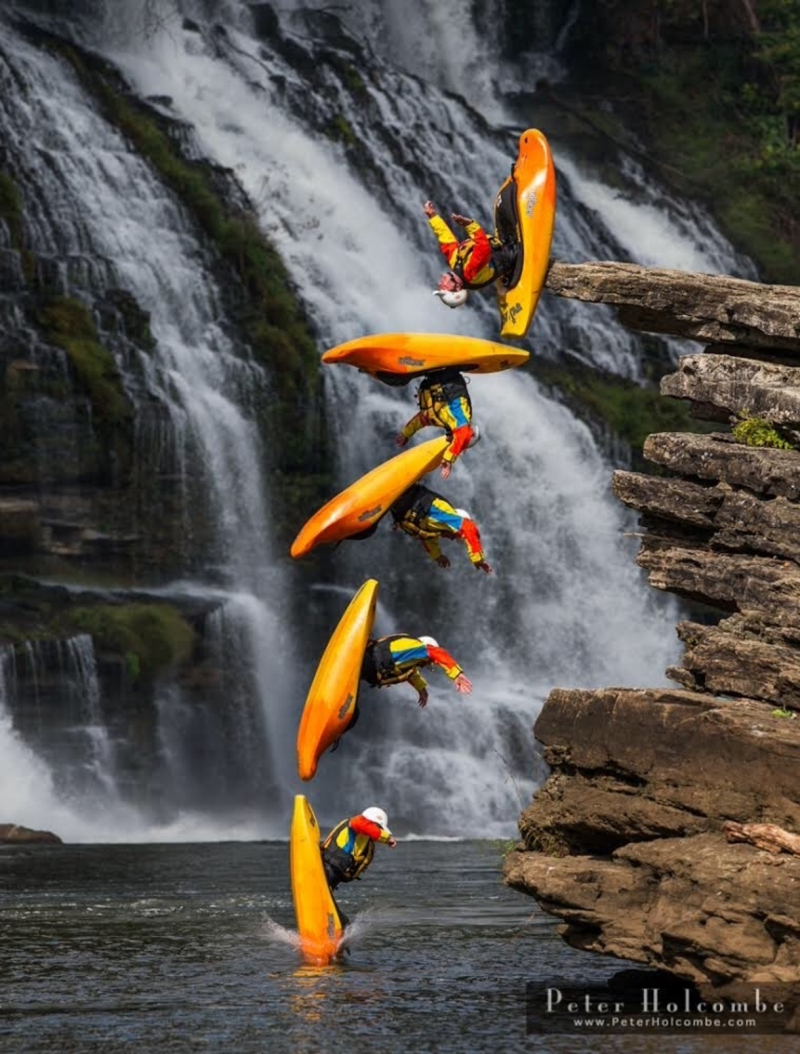 Posted by CNBNewsnet on Saturday, September 22, 2018 at 09:30 AM in Announcements/Classifieds, DELAWARE, DOWN THE SHORE, MARYLAND, New Jersey , NORTH JERSEY, South Jersey | Permalink | Comments (0)