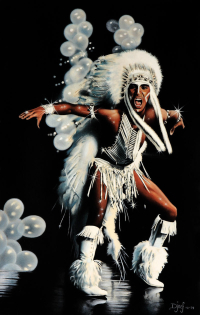 DJs, Producers, Recording Artists, Recording Engineers, Record Promoters, Remixers, and other music industry professionals. The organization will present Awards to members of the DJ/Artists Hall of Fame for their contributions to the music industry.

In addition, the organization is proud to present the 2018 Icon Of The Year Award to John “Jellybean” Benitez. Chris Robinson aka Father Chris will be presented with the Golden Circle Award. An after party with music and dancing with DJs Ray Vasquez and Dan “Pooch” Pucciarelli will conclude the evening. To vote visit legendsofvinyl.com