Predeceased by his wife of over 25 years Susan (Perovich) Tedesco and his parents Joseph and Marie (Klaus) Tedesco.

Tom proudly served his country in the U.S. Army and was an avid outdoorsman with many favorite hunting and fishing spots. He retired from Local 393 Carpenter’s Union after more than 30 years.

Relatives and friends are invited to his viewing on Wednesday, Sept. 5th from 10 AM to 12 Noon at the McCANN-HEALEY FUNERAL HOME, 851 Monmouth St., Gloucester City. Funeral Service 12 Noon in the funeral home. Interment with Military Honors in New St. Mary’s Cemetery, Bellmawr.

The family request casual dress attire or your favorite fishing shirt as that is how Captain Tommy T would want it to be. He will be greatly missed. Tight Lines Dad!

In lieu of flowers donation to Hooksforheroes.org or https://www.holyredeemer.com/Main/Donate-Now.aspx
Please note the donation in memory of Thomas J. Tedesco, Sr. 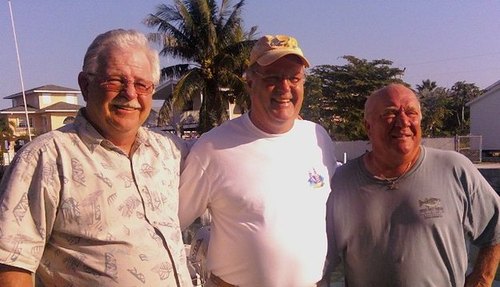 Related: Fishing in the Florida Keys with Captain Tom Tedesco

Predeceased by his wife of over 25 years Susan (Perovich) Tedesco and his parents Joseph and Marie (Klaus) Tedesco.