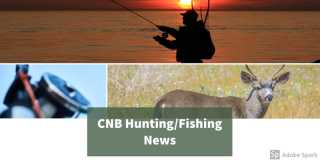 Archers statewide can hunt for antlered or antlerless deer from Sept. 29 to Nov. 12, and during the late archery deer season, which runs from Dec. 26 to Jan. 12.

The statewide season was moved to end on a Monday this year so it could include the Veterans Day holiday.

At the time of the statewide opener, archery hunters in three urbanized areas of the state will have had a two-week head start to their seasons. An early season for antlered and antlerless deer in Wildlife Management Units 2B, 5C and 5D kicked off on Sept. 15 and ends Nov. 24.

Properly licensed bowhunters in WMUs 2B, 5C and 5D also may take antlered and antlerless deer during an extended late archery season, which runs from Dec. 26 to Jan. 26.

The Game Commission encourages hunters to spend as much time as possible afield this fall prior to and during the hunting seasons to pattern deer movements and identify areas where fall foods are abundant. Food availability changes from year to year, and in areas where food is spotty, deer move to find it. Hotspots change from one year to the next, even from early to later weeks of the season, so tracking deer activity and their keying on food sources is important to success.

Bowhunters are urged to take only responsible shots at deer to ensure a quick, clean kill. Archery and crossbow hunters should take only broadside or quartering away shots at deer within their maximum effective shooting range – the farthest distance from which a hunter can consistently place arrows or bolts into a pie pan-sized target.

Hunters may use illuminated nocks for arrows and bolts; they aid in tracking or locating the arrow or bolt after being launched. However, transmitter-tracking arrows are illegal.

Tree stands and climbing devices that cause damage to trees are unlawful to use or occupy unless the user has written permission from the landowner. Tree stands – or tree steps – penetrating a tree’s cambium layer cause damage, and it is unlawful to build or occupy tree stands screwed or nailed to trees on state game lands, state forests or state parks.

Hunters are reminded portable hunting tree stands and blinds are not permitted on state game lands until two weeks before the opening of the archery deer season, and they must be removed no later than two weeks after the close of the flintlock and late archery deer seasons in the WMU being hunted.

Archers statewide can hunt for antlered or antlerless deer from Sept. 29 to Nov. 12, and during the late archery deer season, which runs from Dec. 26 to Jan. 12.