.... What is a Norcrat? Et Cetera, Renewal Fuel Video 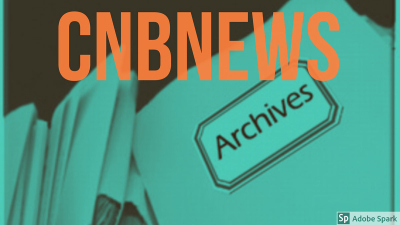 WATCH OUT FOR DOG THIEVES--Dog-nappers are active in the South Jersey area, according to a recent

NJ101.5 report.  Charlene Rosenbaun, Animal Cruelty Investigator with the Cumberland County SPCA, said there have been 43-dog napping cases recently in Atlantic and Cumberland counties. Most are small dogs like Yorkies, Malteses, Shizhu, as well as small designer dog mixes. In addition to be sold or kept as personal pets, Rosenbaum says more nefarious owners will use the stolen dogs as “bait dogs” in fighting rings.

“So they bait the dog that they want to fight with this other person’s dog that’s not trained to fight it’s going to work on instinct.  And if it’s obviously a smaller and weaker dog, it’s really not going to be any match.” She notes they are “chew toys” for the fighting dogs. For tips on how to protect your pet go here .

SOUTH JERSEYANS OF THE YEAR--State Sen. Donald Norcross (D-Camden); Gerald B. Shreiber, president and CEO of Pennsauken-based J&J Snack Foods Corp.; and Bruce Main, president and founder of UrbanPromise Ministries in Pennsauken will each be honored as South Jerseyan of the Year by the Senator Walter Rand Institute for Public Affairs at Rutgers–Camden. The trio will be recognized for their leadership contributions to the region during the annual "Celebration of South Jersey" event on May 2. The honorees were selected based on their efforts to promote regional approaches to growth and exemplary service in the public, private, and nonprofit sectors, according to a release from the institute. The awards honor the legacy of the late Senator Walter Rand and his wife, Leah, and "applaud regional growth, service, and identity while also spotlighting scholarships at Rutgers–Camden," according to a release.

DEFINITION OF A NORCRAT-- We received a recent email asking for the definition of a Norcrat. Do a Google search and you'll come up with several different descriptions. The most concise answer we found was from the Camden County/Gloucester County the Truth blog. It reads,

The author is unknown.

ET CETERA--It appears a  new restaurant, called the Hog and Bull, will be  opening soon in Gloucester City, NJ. It will be located in the same building that once housed the D'Place Tavern, Route 130 and Klemm Avenue. We noticed a Help Wanted sign on Sunday hanging over the entrance way if you are interested in a job.

IS THE RENEWAL FUEL STANDARD WORKING FOR AMERICA?

TIP OR SNIPPET? SEND TO CNBNEWS@verizon.net

.... What is a Norcrat? Et Cetera, Renewal Fuel Video

WATCH OUT FOR DOG THIEVES--Dog-nappers are active in the South Jersey area, according to a recent