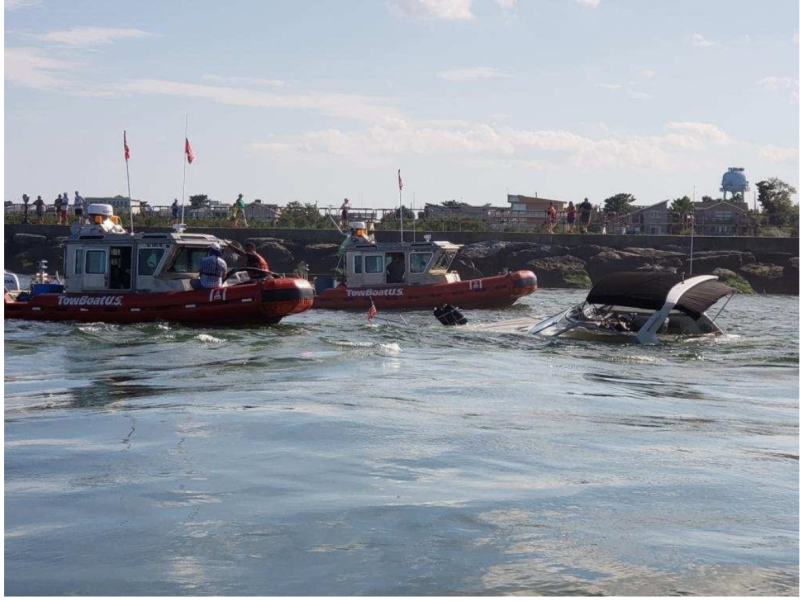 Watchstanders at Coast Guard Sector Delaware Bay received a distress call on channel 16 from two people aboard a vessel taking on water after they reportedly struck the Barnegat Inlet jetty.

A boatcrew aboard a 24-ft shallow water vessel from Coast Guard Station Barnegat Light launched to respond. The boatcrew arrived on scene and attempted to dewater the vessel, but could not keep up with flooding.

The two people were transferred to the Coast Guard boat, and brought back to Station Barnegat Light. Commercial salvage brought the flooded boat back to shore.

“This was the perfect example of boaters being prepared for an emergency,” said Chief Warrant Officer Daniel Capestany, the command duty officer at Sector Delaware Bay. “The vessel was equipped with a VHF-FM radio to call for help, and both people were wearing their life jackets. Boaters headed out on the water this Labor Day weekend should be as prepared for an emergency as these boaters were today.”