Accessing Your Favorite Film Personalities One Click at a Time

One Man Killed, One Beaten in Camden City 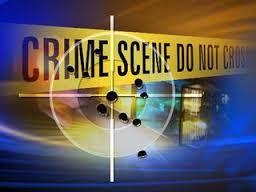 Camden County Police were flagged down near the intersection of 24th and Federal Streets at approximately 1:47 a.m. by a woman who reported seeing an injured man. Police located two men, a 60-year-old Camden resident and his friend, Miguel Rodriguez-Zavala, wounded on the 2300 block of Federal Street.

Miguel Rodriguez-Zavala, 38, of Camden, was found laying on the ground suffering from an apparent gunshot wound. He was transported to Cooper University Hospital where he was pronounced deceased at approximately 2:10 a.m. The surviving victim, who was physically assaulted, was transported to the local hospital and is receiving treatment.

The investigation into the incident is ongoing. No arrests have been made at this time.

Information may also be emailed to ccpotips@ccprosecutor.org.

One Man Killed, One Beaten in Camden City