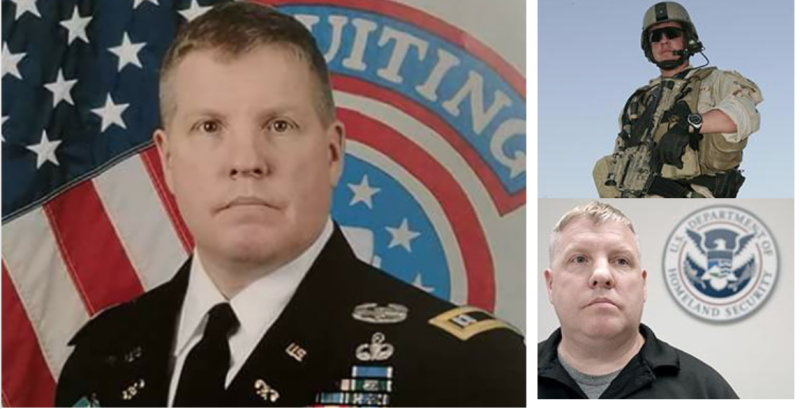 Riley, a computer forensic analyst (CFA) at HSI Cherry Hill, and a Human Exploitation Rescue Operative (HERO) Child-Rescue Corps program member, was selected as a “Hometown Hero” by the Philadelphia Eagles, in conjunction with the United Services Organization (USO) of Pennsylvania and Southern New Jersey, and local meat and cheese company Dietz & Watson.

“I’ve been on camera before for little stuff, but there is so much more that goes into it,” Riley said. “The different angles and shots they take, plus they had me say the same thing a few times. The film side of things was new to me.”

The National Football League has partnered with the USO for more than 50 years to honor and celebrate servicemen and women, veterans and their families. For the Super Bowl Champion Eagles, the franchise has recognized local veterans at each home game for the past several years.

Riley was nominated, selected and will be honored by the Eagles and Dietz & Watson during a home game at Lincoln Financial Field this upcoming season, during which the video showcasing his story will be played for the more than 69,000 fans in attendance.

“It was an honor to be chosen and to be able to talk about the work that this program does,” Riley said. “I was surprised and happy because I like to highlight the HERO program. I think it’s a good program for people who are wounded like me and some who are wounded way worse than me to get employment.”

Having grown up in South New Jersey, being recognized by the team he roots for is especially gratifying. A U.S. Army veteran, Riley was working with the U.S. Special Operations Command (SOCOM) in 2004 when his armored vehicle ran over an improvised explosive device. After suffering major injuries, he entered the SOCOM’s Care Coalition Wounded Warrior Program which works to ensure veterans wounded in combat can transition back into society and find suitable employment. It was through the Care Coalition that Riley was introduced to the HERO program.

In beginning his transition from the military, Riley submitted his application and became an intern with the HERO program in April 2016. Following his official medical discharge from the army, Riley started as a CFA with HSI Philadelphia in May 2017 before settling into his current role in Cherry Hill.

“For me the transition was good because here, there’s a similar culture to the military, everything from the expectations to the work load,” Riley said. “I’m not dealing with a civilian-type of environment where it would’ve been a culture shock for me.”

The week Riley will be honored is yet to be determined. USO will contact him in advance. It could be any week during the regular season or perhaps during the playoffs. When he does step on the field, he will not only be standing for himself, but on behalf of the entire HERO program.

“Forensics is a job that changes every day. I enjoy it because if I can’t figure it out, I have the option of going to someone else or reading something new to figure it out,” Riley said. “This program has helped me tremendously.”