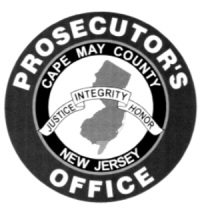 On May 26, 2018 at 8:50 PM, Wildwood Police Officers responded to a "shots fired" call in the area of 3811 Ocean Avenue. Detectives from the Wildwood Police Department and the Cape May County Prosecutor's Office conducted an investigation which revealed Rivers and members of her family got into a verbal dispute with another group of individuals at which time Rivers pointed a 9mm handgun at two individuals and fired a round into the air over their heads. Rivers was initially charged by the Wildwood Police Department on May 26, 2018.

Prosecutor Sutherland advises that an individual charged with a 2nd degree crime can be sentenced to 10 - 20 years in New Jersey State Prison and crimes of the 4th degree can carry a sentence of up to 18 months in prison.

* Any charges are merely accusations and the defendants are presumed innocent until and unless they are proven guilty.