District Administrator, and Board Secretary announced her resignation at the Tuesday, July 24 board meeting. O'Donnell began her career in the Gloucester City school district in 2007.  Her resignation letter reads; 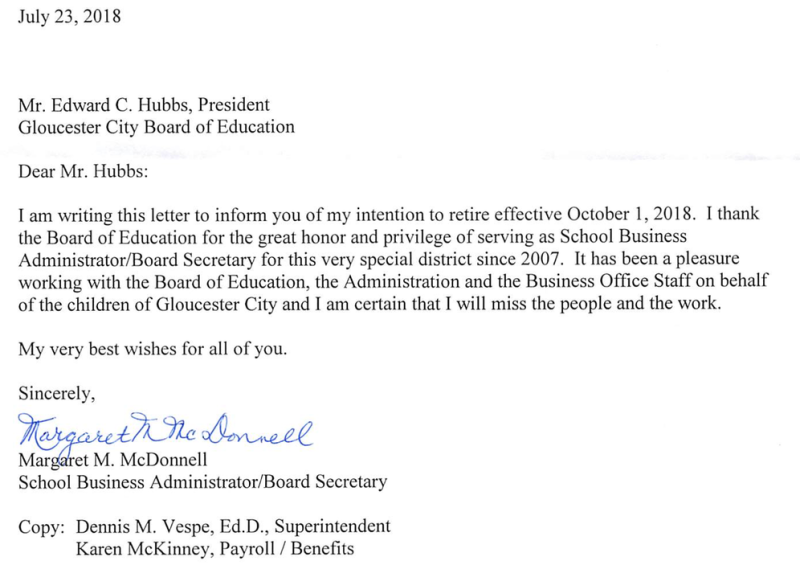 HOW MANY ILLEGALS LIVE IN YOUR TOWN?—New Jersey is home to about 900,000 residents who are not citizens of the United States, according to 101.5 FM-radio.  The federal government is planning to have the 2020 Census ask people their citizenship status. But many elected officials and community advocates say such a question could threaten federal funding for states like New Jersey.

Recently U.S. Sen. Cory Booker, D-N.J., said that a disproportionate number of people of color, whether or not they are citizens, live in New Jersey's so-called hard-to-count areas, defined as places where a low percentage of residents completed and submitted the most recent Census. The most up-to-date statistics released by Advocates for Children of New Jersey show that 51 percent of the state's black residents and 40 percent of Hispanic residents live in such areas. 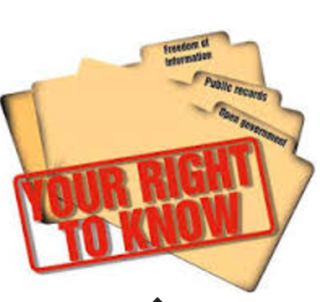 UPDATE ON OPRA REQUESTS-Over the past two weeks CNBNews has submitted several petitions to Kathy Jentsch, Gloucester City's custodian of records for information that we are still waiting for. For example, We reference the $2500 donation given by mayor and council to the Neighbors United towards their music festival and asked for names of any other organizations that received financial support for their event (s) over the past five years. We asked for the amount of money donated, a copy of the resolution authorizing the donation, a copy of the check (s).  We submitted that request twice. The first answer included a list of names but nothing else. We reworded our petition and received a response from Jentsch stating, "Our Chief Financial Officer is asking what you mean by the word Sponsor.  The City pays directly to the various bands and the City is, in reality, the Sponsor.  Do you want the information for all the bands?

In April the council passed a resolution to provide $2500 to sponsor the NYMMF.   Earlier you sent me a copy of that resolution. However, I also asked for a copy of the $2500 check so I can see who the check was made out to.

I want to know if the council has passed other resolutions to sponsor any other event such as the Shamrock Festival, The Arts and Crafts Festival, The Irish Parade etc.

If they have how much money was given to whoever by the city?

Furthermore, if the city has given money to bands I want the name of the band and the amount of money they received plus I want to see the council resolution that authorized the transaction to give the band or event organizers the money. Plus I want a copy of the city check that the particular Band, or club, or organizers received.

CNBNews has also asked the custodian of records for the total amount of money owed by the city in bonds and loans as of this year. Likewise, we asked both the City Administrator Jack Lipsett and Chief Financial Officer Frank Robinson to explain why the city has been given a negative bond rating. On April 2 Gloucester City’s General Obligation (GO) Debt outlook was revised to Negative from Stable on weakening P 2018 GO Bonds Rated #AA-#. We are still waiting for a response to those requests.

GLOUCESTER CATHOLIC ALUMNI NEWS-We just got word that former Gloucester Catholic track and cross-country coach, and Gloucester City resident for a time Browning Ross is going to be inducted into the Belmont Plateau Cross-Country Hall of Fame on August 26. Browning will be inducted along with other Villanova running greats and former world record holders Eamonn Coghlan and Sydney Maree.

KIERAN MCGirl, class of 2011 captured an Emmy for a feature he produced work for the New England Sports Network, but he also just accepted a position with ABC News's morning show Good Morning America. The film tells the story of 5-year-old Ari Schultz who spent 189 days at Boston Children's Hospital and 2,011 days on the transplant list. Ari, who passed away, was a passionate Boston Red Sock fan.-source Ramblings (summer edition).

JIM HEIM, CLASS OF 1994, will soon take over the helm of the TCS New York City Marathon for the New York Road Runners, an organization that the late legendary GCHS coach Browning Ross helped to found in 1958. Currently, the senior vice president for Event Development and Production and Technical Director of the Marathon, Jim will become Race Director following this year's race in November. 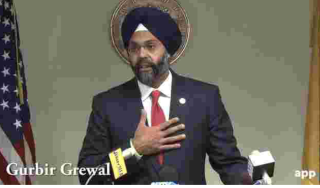 Judy were suspended yesterday from their daily broadcast on NJ 1015 FM for referring to NJ Attorney General Grewal as turban man. The station announced the decision to reprimand hosts Dennis Malloy and Judi Franco on its website around midnight. By then the hosts were at the center of a firestorm on social media.  Even Governor Murphy along with U.S. Senator Cory Booker called for the station to take action against the veteran radio personalities.

If you have a news tip please email it to CNBNewseditor@gmail.com

District Administrator, and Board Secretary announced her resignation at the Tuesday, July 24 board meeting. O'Donnell began her career in the Gloucester City school district in 2007.  Her resignation letter reads;