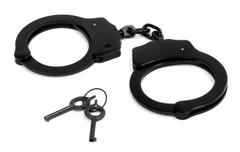 Dymond and Trewin are accused of robbing the PNC Bank on the 200 block of North Black Horse Pike on Saturday afternoon. It is alleged that Justin Trewin entered the PNC bank and went up to one of the tellers. Witnesses told authorities that Trewin demanded money from the registers and threatened the teller with a knife after he jumped over the counter. Trewin then grabbed an undisclosed amount of money and ran out of the bank toward the Black Horse Diner. After Justin Trewin fled the bank, he got into a vehicle that was operated by John Dymond.

No one was reported injured.

A Mt. Ephraim police officer, who was responding to the robbery 9-1-1 call, quickly located the vehicle that was being driven by John Dymond. The officer arrested John Dymond and Justin Trewin at the intersection of Kings Highway and the Black Horse Pike after conducting a motor vehicle stop.

Dymond and Trewin were charged with first degree Robbery according to Camden County Prosecutor Mary Eva Colalillo and Mount Ephraim Police Chief Brian Conte. The two men were also charged with Aggravated Assault, Conspiracy to Commit Robbery, Terroristic Threats, Possession of a Weapon for an Unlawful Purpose and Resisting Arrest.

Both men were remanded to the Camden County Correctional Facility pending a pretrial detention hearing. Under Criminal Justice Reform rules, the court may order they be detained without bail or released with conditions.

All persons charged with criminal offenses are presumed innocent until found guilty in a court of law.