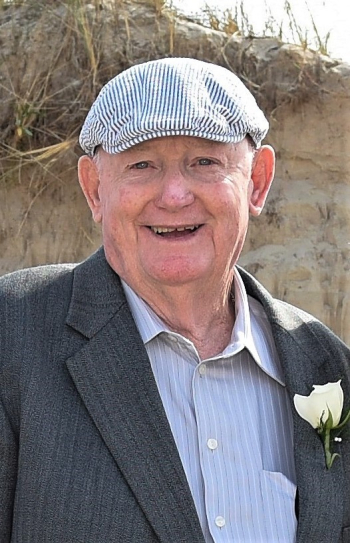 (Westville, NJ)(June 24, 2018)(CNBNewsnet)—Thomas J. Murphy, of Westville passed away on Thursday, June 21, 2018 at the age of 81.  He was known as Choo-Choo by his longtime friends.  Most of the time it was just Choo. And later in life he was known by some as Saint Thomas.

Born and raised in Gloucester City, he and his 13 siblings grew up in a home located at the intersection of Railroad Avenue and Little Somerset Streets.  When he married the love of his life, Ruth (nee Tourtual), the couple moved into a home on Fifth Street in Brooklawn.

"He was one of the original members of the Pond Gang," said Howard "Butch" Shaffer, a childhood friend who grew up in the same neighborhood. "We called him Choo-Choo because he lived next to the railroad tracks and later when he played football in high school. He was like a train when he was running. He was a big man. You had better get out of his way or he would run you over."  Shaffer said Tom worked at Sun Ship as a rigger and later at the Philadelphia Navy Yard.

"I remember how upset he was when his younger brother, Fran, who he worked with at Sun Ship got killed. A chain dropped on him from above. His younger brother was called Jungle because he always needed a haircut and looked like a wild man at times. Growing up in Gloucester City we all had nicknames." 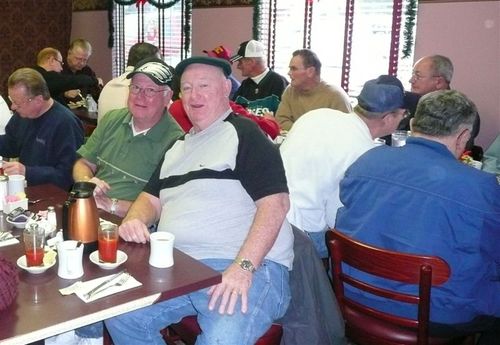 Tom attended Gloucester Catholic High School and afterwards enlisted in the U.S. Air Force. After serving a hitch in the Air Force he went to work at SunShip and later the Philadelphia Navy Yard. He retired from the Philadelphia Navy Yard and for a while he worked in the area as a handyman.  Shaffer said he was a good carpenter. "He could do almost anything when it came to carpentry."

Thomas will be lovingly remembered by his wife of 59 years, Ruth A. Murphy (nee Tourtual), and his children, Thomas G. Murphy (Ceil) and Stacey G. Murphy, and will be forever adored by his grandchildren Casandra P. Murphy (Ian) and Zachary T. Murphy. Thomas will also be fondly celebrated by his surviving sisters, Mary Romania, Patricia White, and Veronica White. Born to John and Margaret  Murphy on January 11, 1937, in Gloucester City, Thomas was predeceased by siblings Alice, Margaret, Catherine, John, Theresa, James, Francis, Agnes, Elaine, and Joan. 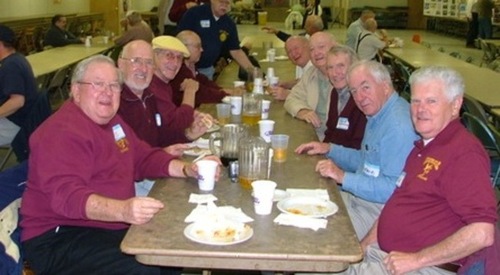 Tom is the fourth man on the right at the Ray Ford Old Timers meeting. His cousin Joe Murphy is the second man on the left. (photo credit CNBNewsnet)

Thomas was a devoted family man, proud U.S. Air Force Veteran, dedicated employee of the Philadelphia Navy Yard, and a member of Brooklawn American Legion Post #72, the Brooklawn Board of Education  and the Sportsmen A.C., Ray Ford's Old-Timers and The Breakfast Club.  Thomas will always be remembered for his enduring commitment to his family and friends, and will be continuously cherished by those influenced by his generosity, benevolence, and enthusiastic passion for life. He demonstrated a magical ability to make others laugh, feel thoroughly loved, and welcomed.

Relatives and friends are invited to meet Tuesday, June 26, 2018 from 10 AM to 11 AM at St. Mary's Catholic Church, 426 Monmouth St. in Gloucester City. A Mass of Christian Burial will be celebrated at 11 AM. Interment will follow in New St. Mary’s Cemetery, Bellmawr. In lieu of flowers, contributions may be made in memory of Thomas to: Msgr. Lucitt’s Needy Children’s Fund, P.O. Box 87, Gloucester City, NJ 08030. Condolences and Memories may be shared at www.mccannhealey.com  under the obituary of Thomas J. Murphy. Funeral Arrangements and Inquiries through: McCann-Healey Funeral Home: Gloucester City, 856-456-1142. 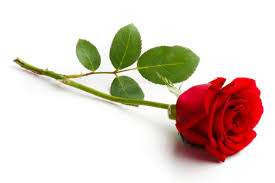 (Westville, NJ)(June 24, 2018)(CNBNewsnet)—Thomas J. Murphy, of Westville passed away on Thursday, June 21, 2018 at the age of 81.  He was known as Choo-Choo by his longtime friends.  Most of the time it was just Choo. And later in life he was known by some as Saint Thomas.