Congratulations to the Alice Costello School Graduation Class of 2018 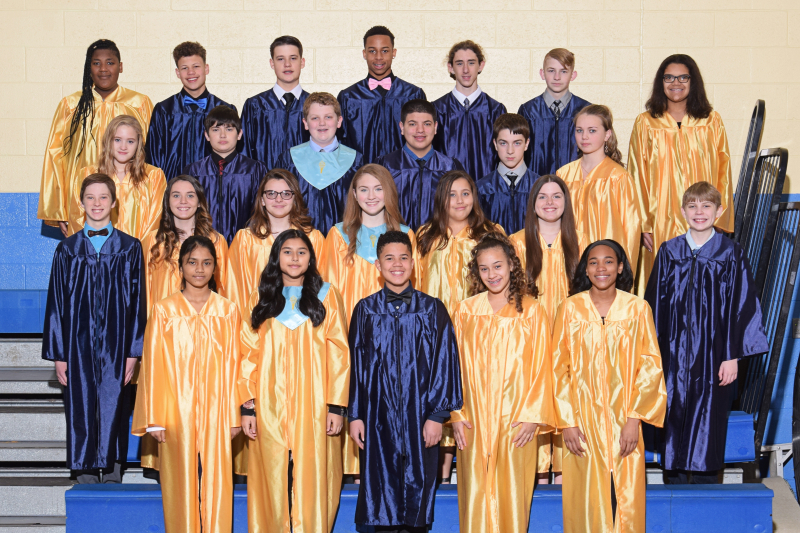 The following students received diplomas at the commencement exercise:

The commencement exercise began with the traditional processional “Pomp and Circumstance”.  The Invocation was delivered by Pastor Dan Amey of the Brooklawn United Methodist Church.

The flag salute was then lead by Bethany Kinder.    A speech of welcome was delivered by Aidan Coughlin.  Under the direction of Mrs. Eleanor Bracey, the class performed the song “I Lived”.    The Theme “”Friendship: the Everlasting Bond” was delivered by Cecilia Mendez.. A special presentation was made by Sebastian Correa.

Remarks were made by Board President  Mr. John Clotworthy,  who also presented the class with their  Diplomas.

A presentation video of the class of 2018 - from their infancy thru 8th grade dinner dance was viewed and enjoyed by all.  A poem was read by Sadia Islam    The Benediction was then delivered by Pastor Dan Amey of the Brooklawn United Methodist Church.   Our farewell speech was given by Vaughn Cryder.

Special thanks to Mr. Jim Cordery,  Mrs. Danielle  Kirschner, Mrs. Eleanor Bracey the 8th Grade Room Parents and all of the staff members involved in making the ceremony a success.

Congratulations to the Alice Costello School Graduation Class of 2018