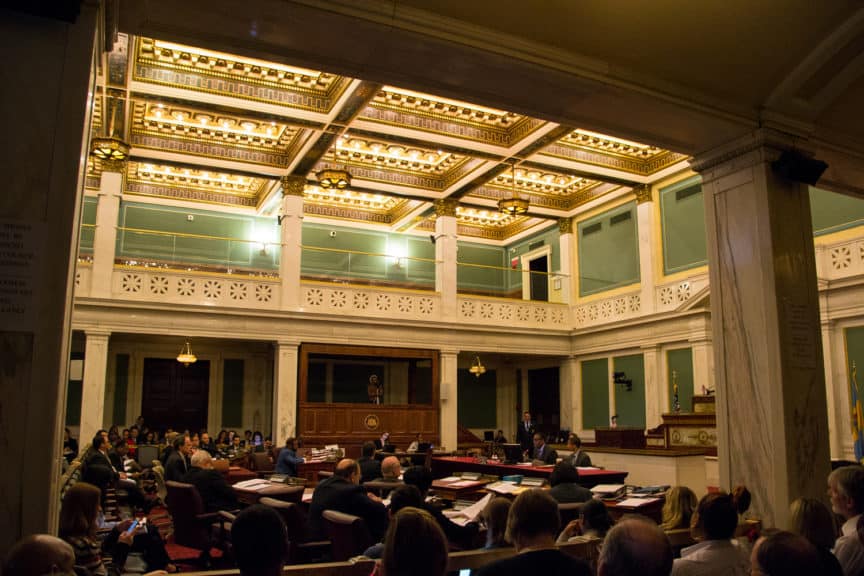 City Council authorized measures that will yield approximately $616.5 million in additional revenue to Philadelphia public schools over the next five years. In addition, cost savings from criminal justice reform measures that have reduced the prison population will be partially redirected to fund the School District to further shrink the schools to prison pipeline, and  reinvested in anti-recidivism and crime prevention programs, with the rest returned to taxpayers.

“I am incredibly proud of the collaborative process that resulted in the amended budget package overwhelmingly passed by City Council today. The FY19 budget is a strong statement of our values as a City that is passionate about supporting public education, our most vulnerable citizens, and shared, equitable health and prosperity for our residents,” Council President Darrell L. Clarke (5th District) said.

“We are also deepening our imprint on the national stage, with criminal justice reform initiatives that have already resulted in the scheduled closure of a prison. And we continue to fight climate change and the affordable housing crisis through innovative programs run by the Philadelphia Energy Authority. For those watching from the outside, Philadelphia continues to be one of the best places in the world to live, work, and visit.”

“This budget package fully addresses Philadelphia schools’ projected deficit over the next four years, and probably the fifth year as well. But, I need to again make myself absolutely clear: The General Assembly must step up in a meaningful way, starting by applying a weighted formula to all public education funding, not just new funding; enacting reforms to charter school authorization and operation, so that these publicly funded schools are equally transparent and accountable as traditional public schools; and by reviving PlanCon to make badly needed capital improvements to aging, often unhealthy school buildings across the state,” Council President Clarke said.

“Council today has authorized robust investments in Philadelphia schools, but all of the progress we make will go out the window if, at minimum, we are not able to control at the local level the proliferation of costly, unaccountable charter schools. I again vehemently disagree with Mayor Kenney’s assertion that Philadelphia taxpayers are alone responsible for our schools. This destructive talking point should not be given credence by any City official, regardless of politics. I will continue to push for change with my colleagues at the state level, and I look forward to working with the new School Board of Philadelphia after they are formally organized.”

Budget-related legislation and documents can be found on the City Council FY2019 Budget Center website: http://phlcouncil.com/budget2019.