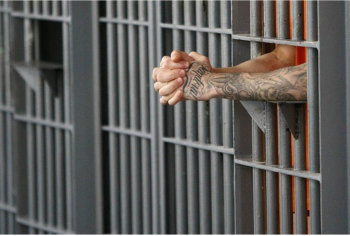 Prior to his arrest in August 2016, Morales was one of Newark FBI’s most wanted bank robbers.

At each bank, Morales presented a note demanding cash from bank tellers. For example, during the June 24, 2016, robbery, Morales handed the teller a note stating “You are being robbed. Give me all the large bills you have, no alarms, no noise.” On at least two occasions, Morales said he had a gun and urged bank tellers to hurry. He was apprehended on Aug. 2, 2016, by officers of the N.J. State Parole Board.

In addition to the prison term, Judge Sheridan sentenced Morales to three years of supervised release and ordered to pay restitution of $9,217.

U.S. Attorney Carpenito credited special agents of the FBI’s Violent Crimes/Interstate Theft Task Force, under the direction of Special Agent in Charge Gregory W. Ehrie in Newark, with the investigation leading to today’s sentencing. He also thanked the N.J. State Parole Board and the Kearny, Elizabeth, Kenilworth, Linden, Clifton, Union Township and Newark police departments, as well as the Essex County Prosecutor’s Office for their efforts in the investigation and apprehension of Morales.

The government is represented by Assistant U.S. Attorney Elisa Wiygul of the U.S. Attorney’s Office Criminal Division in Trenton.