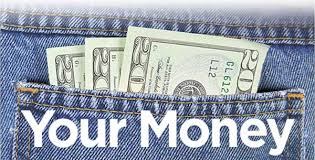 The Senate is scheduled today to vote on S-2581/A-4163, which would allow municipalities with populations over 200,000 to impose a local payroll tax. Only two cities in New Jersey have populations over 200,000, Newark and Jersey City. Newark already has the authority to collect a municipal payroll tax, therefore, Jersey City is the only city that would be affected by the bill.

"This tax proposal would place an additional burden on businesses of all sizes and increase their cost of doing business," said Andrew Musick, NJBIA Vice President of Government Affairs.

"Jersey City has made an economic turnaround by being a cost-effective alternative to doing business in New York City," Musick said. "Imposing new costs on business like a payroll tax will continue to chip away at that competitive advantage.

"The measure comes at a time when New Jersey has already imposed new labor and energy mandates on businesses, and as new taxes on employers statewide continue to be the focus of budget negotiations, this will further impact the competitiveness of Jersey City," Musick said.