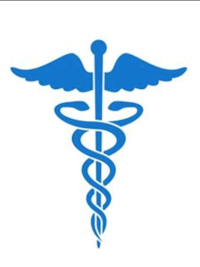 Suicide rates increased nationwide by 25 percent during the last two decades, according to information released today by the U.S. Health and Human Services, Centers for Disease Control and Prevention.

Suicide remains one of the top 10 causes of death in the U.S., and one of three – in addition to drug overdoses and Alzheimer’s Disease – that are on the rise, according to the CDC.

“The deaths this week of designer Kate Spade and chef and food writer Anthony Bourdain are among those of more than 45,000 Americans who kill themselves each year,” Commissioner Elnahal said. “This is a reminder that no one is immune. These tragic deaths devastate families in all levels of society every 12 minutes.”

Nationally, up to 45 percent of individuals who die by suicide have visited their primary care physician within a month of their death; additional research suggests that up to 67 percent of those who attempt suicide received medical attention as a result of their attempt.  Given these statistics, primary care has enormous potential to prevent suicides and connect people to needed specialty care — especially when they collaborate or formally partner with behavioral healthcare providers

Although New Jersey statistics tracked similarly to the nation’s during much of the CDC’s study from 1999-2016, the state ranked significantly better last year and has had the second lowest suicide rate in the nation – second to the District of Columbia - from 2014 to 2016.

Compared to the national 25.4-percent increase in suicides nationally between 1999 and 2016, New Jersey is in the third of states that had the lowest percentage increase.

“We have to keep up the hard work to make sure mental health care is affordable and accessible so people can get the help they need both before and during a crisis,” DOH Commissioner Dr. Shereef Elnahal said.

Using data from the New Jersey Violent Death Reporting System (NJVDRS), funded through the CDC’s National Violent Death Reporting System, 40 percent of New Jersey residents who died by suicide in 2015 were reported to have had a history of a diagnosed mental health problem; and 30 percent were in either mental health or substance abuse treatment at the time of their death.

“Depression is one of the major causes of suicide that can be addressed through treatment,” said Deborah Hartel, Deputy Commissioner of the Integrated Health Services Branch, which contains the Division of Mental Health and Addiction Services. “There are effective treatments that help people recover every day.”

Between 2010 and 2014, 478 veterans and members of the military in New Jersey killed themselves – a rate of 23 percent, according to NJVDRS.

“The high rate that remains for veterans is particularly alarming,” said Commissioner Elnahal, who was a top administrator at the Veterans Administration (VA) under President Barack Obama. “Twenty veterans a day take their lives. We need to work with the VA, the Division of Military and Veterans Affairs and any other willing partner to improve these tragic rates.”

One of the most disturbing trends revealed in the CDC report, according to DOH Commissioner Shereef Elnahal, is that more than half – 54 percent - of the people had no reported diagnosis of a mental health condition.

“That speaks to the fact that we are still not screening adequately for mental health conditions and suicide risks. It’s also why improving access to mental healthcare is a top priority,” Commissioner Elnahal said.

Another alarming statistic in New Jersey, is that 26 percent of the people who died by suicide during a crisis situation had disclosed their intention to someone else.

“This is a reminder to take it very seriously when someone tells you they want to kill themselves,” Commissioner Elnahal said. “Be there for them. Get them help and follow up. Not all suicides are preventable, but many are.”

Regardless of whether they had a reported mental illness diagnosis, most people who died by suicide had experienced one or more factors that may have contributed, including a relationship problem, a recent crisis, or problematic substance abuse, according to the CDC.

“This is a public health issue that touches families across the state,” Commissioner Elnahal said. “This study makes it clear that there is no one single cause of suicide, but it does indicate that economic factors and access to behavioral health services does have an impact and can lead to deaths of despair.”

The most common method of suicide nationwide was firearms, followed by suffocation and poisoning.

Of the 40 percent of suicides in New Jersey that had a known mental health condition reported:

Of the 60 percent of suicides in New Jersey that did not have a mental health condition reported:

The Commissioner urged that anyone whose life or whose loved one’s life is in immediate danger call 911. New Jersey also has its own state-based 24/7 suicide hotline, New Jersey Hopeline - 1-855-654-6735, where people can get referral to appropriate treatment.

DOH also has launched a webpage with suicide prevention resources at: http://nj.gov/health/integratedhealth/dmhas/home/suicide_prevention.shtml