Looking Back at RFK’s Assassination:

A Medical Analysis of His Injuries and Neurosurgical Care 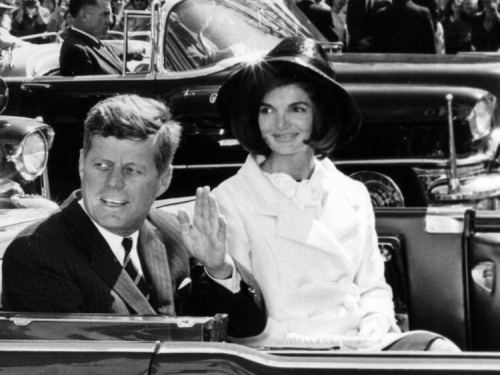 Although much has been written about RFK’s assassination—some documented and some speculative—to date there has been no detailed medical discussion of Kennedy’s injuries and treatment. A new article published today in the Journal of Neurosurgery (https://thejns.org/doi/full/10.3171/2018.4.JNS18294) addresses this subject: “The assassination of Robert F. Kennedy: an analysis of the senator’s injuries and neurosurgical care,” by Jordan M. Komisarow, MD, Theodore Pappas, MD, Megan Llewellyn, MSMI, and Shivanand P. Lad, MD, PhD, from Duke University School of Medicine.

In this article, the authors “review the eyewitness reports of the mechanism of injury, the care rendered for 3 hours prior to the emergency craniotomy, the clinical course, and, ultimately, the autopsy.” The discussion of autopsy findings is supplemented by an artist’s depiction of the extent of Senator Kennedy’s head injury.

Komisarow and colleagues provide a thorough review of clinical events from the time of the shooting until Kennedy’s death. They also discuss differences and similarities between 1968 and 2018 in the care of patients with gunshot wounds to the head.

Immediately following the shooting, multiple physicians converged at the scene to render assistance. There was a delay of about 45 minutes in transporting Senator Kennedy to the hospital best equipped to treat his severe wounds, due to a transport protocol in place at the time. Diagnostic tests that are commonplace today, such as computed tomography (CT) and CT angiography and venography, were not available. The surgical procedure performed in 1968, a craniotomy, however, was similar to what would be performed today. Some postoperative monitoring techniques and preferred medications have changed over the years.

Based on their analysis of medical records and testimony, Komisarow and colleagues believe that the steps taken by physicians to care for Senator Kennedy in 1968 were in keeping with the standard medical practices of the day. An aggressive attempt was made to save him, but the outcome, given his serious head injury, was not unexpected.

Kennedy suffered “extensive injury to the right cerebellum and right occipital cortex.” There was damage to the brainstem and evidence of epidural, subdural, and subarachnoid hemorrhage. Bone and bullet fragments were embedded in tissue throughout the brain. The authors point out that penetrating gunshot wounds to the head such as Kennedy’s are associated with a high mortality rate—one that has not changed much in the last 100 years, since the time of Harvey Cushing’s observations on penetrating head trauma conducted in 1918.

When asked whether Kennedy could have survived if he were to be treated using 2018 medical techniques, Dr. Komisarow responded, “By all accounts an aggressive and valiant effort was made to save the senator’s life. Unfortunately, a similar injury would likely also be fatal, or severely debilitating, in 2018.”

Dr. Lad added, “Despite numerous advances in imaging, anesthesia, and surgical technique over the last 50 years, damage to the brainstem and its associated blood vessels continues to be a devastating and catastrophic injury.”

Disclosure:  The authors report no conflict of interest concerning the materials or methods used in this study or the findings specified in this paper.

Founded in 1931 as the Harvey Cushing Society, the American Association of Neurological Surgeons (AANS) is a scientific and educational association with more than 10,000 members worldwide. The AANS is dedicated to advancing the specialty of neurological surgery in order to provide the highest quality of neurosurgical care to the public. All active members of the AANS are certified by the American Board of Neurological Surgery, the Royal College of Physicians and Surgeons (Neurosurgery) of Canada or the Mexican Council of Neurological Surgery, AC. Neurological surgery is the medical specialty concerned with the prevention, diagnosis, treatment and rehabilitation of disorders that affect the entire nervous system including the brain, spinal column, spinal cord, and peripheral nerves. For more information, visit www.AANS.org.

Looking Back at RFK’s Assassination:

A Medical Analysis of His Injuries and Neurosurgical Care