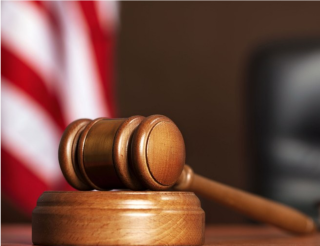 PENNSAUKEN, NJ (June 13, 2018)(CNBNewsnet)--On June 6, 2018, a Camden County Grand Jury voted not to file criminal charges against an officer involved in a shooting during a high-speed car chase that began in Pennsauken Township. After hearing testimony and seeing the evidence, the grand jury voted to “no bill,” meaning it declined to indict the Merchantville Police officer involved.

On December 7, 2017, Pennsauken Police were pursuing a vehicle for a report of possible shots fired after the driver, later identified as Christian Vargas, 24, of Pennsauken, refused to stop when signaled to do so by the officers.  Mr. Vargas sped through several residential streets in Pennsauken, often reaching speeds exceeding 70 m.p.h. ignoring stop lights and stop signs.  The chase eventually led into Merchantville.

A uniformed Merchantville Police Officer was monitoring the pursuit from his radio while performing crossing guard duties at the corner of West Chestnut Avenue and Centre Street. The officer was helping children cross the street immediately prior to seeing Vargas’ vehicle head toward him. The Officer walked out into the intersection and put his hand up and yelled for the vehicle to stop.

The officer said that he pulled out his weapon and made eye contact with Mr. Vargas.  While walking towards Vargas to make a felony car stop, he “heard the engine rev up and he [Vargas] punched the vehicle” toward him.  As the vehicle came at him, the officer fired one round at the vehicle, striking the windshield. Uninjured, Mr. Vargas continued to speed through more residential streets with authorities continuing the pursuit. The pursuit was eventually terminated by the Pennsauken Police Department.

A witness who saw the incident said it was a “busy time of day” and that there were “kids coming and going”.  She said she heard the officer yelling at Vargas to stop, but the car kept coming at him.  The witness told police, the car took no evasive action to avoid the police officer and “…it [the vehicle] would have gone right through him.”

Mr. Vargas was apprehended later that evening when the owner of the vehicle he was operating during the incident came to the police department to report it missing. The owner eventually changed her story and told police that Mr. Vargas was outside the police station.

Vargas told detectives he fled from police because he had an outstanding traffic warrant.  He approached the intersection and saw the uniformed officer who was trying to stop him.  He said the officer moved out of the way and shot through his windshield. No weapon was located in the vehicle.

During the investigation Mr. Vargas stated to detectives that the noises that were initially reported as possible shots fired were from the “anti-lag system” in his vehicle that sounded like “a miniature explosion”.

This incident was investigated by the Camden County Prosecutor’s Office Special Prosecutions Unit, as required by the New Jersey Attorney General’s Office Directive No. 2006-5 regarding Officer Use of Force. The investigation included witness interviews, ballistic review of the evidence, and dash camera footage. Neither the Pennsauken Police or Merchantville Police Departments were involved in the investigation.

The grand jury was instructed as to potential criminal charges against the officer who fired his weapon and the legal elements to prove each crime, as well as the law of justification, particularly use of force in defense of self and others.  An officer may use deadly force in New Jersey when the officer reasonably believes it is immediately necessary to protect the officer or another person from imminent danger of death or serious bodily harm.  The grand jury voted not to indict the officer based upon their consideration of the facts, evidence and testimony from the investigation.

PENNSAUKEN, NJ (June 13, 2018)(CNBNewsnet)--On June 6, 2018, a Camden County Grand Jury voted not to file criminal charges against an officer involved in a shooting during a high-speed car chase that began in Pennsauken Township. After hearing testimony and seeing the evidence, the grand jury voted to “no bill,” meaning it declined to indict the Merchantville Police officer involved.