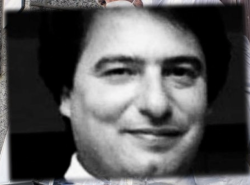 BOSTON – Francis “Cadillac” Salemme, a former boss of the New England Family of La Cosa Nostra (NELCN), and former NELCN associate Paul Weadick, were convicted today by a federal jury in connection with the 1993 murder of Steven A. DiSarro.

“Today, one of the last New England mafia bosses, Frank “Cadillac” Salemme along with an accomplice, Paul Weadick, have been brought to justice, ending a long, dark chapter in our city’s history,” said United States Attorney Andrew E. Lelling. “After many years of pain, we hope that this verdict gives Mr. DiSarro’s family some peace, knowing that the defendants have been held accountable. I would like to acknowledge the commitment of the prosecutors and investigators for bringing this case – and the other organized crimes cases that preceded it – to a successful conclusion.”

“Tragically, this case demonstrates the savagery of organized crime and the extent Salemme and Weadick were willing to go for their own self-preservation,” said Harold H. Shaw, Special Agent in Charge of the Federal Bureau of Investigation, Boston Field Division. “Today’s verdict ensures that both men will finally pay the price for killing Steven DiSarro in cold blood. They took his life in order to ensure his silence. The FBI and our law enforcement partners will continue to use every available resource to pursue criminals who attack, intimidate, retaliate, and even go as far as murdering, witnesses.”

In the early 1990s, Salemme was the boss of the NELCN.  At the time, DiSarro managed a South Boston night club, known as “The Channel,” in which Salemme and his son, Francis P. Salemme, Jr. had a financial interest. As a federal investigation was narrowing in on the Salemmes, DiSarro’s connection to the mafia boss was discovered and he was approached by federal investigators to cooperate. Knowing this, Salemme had DiSarro murdered on May 10, 1993, in Salemme’s Sharon residence. Salemme, who had ordered the murder to prevent DiSarro from cooperating with law enforcement, watched as Salemme Jr. and Weadick strangled DiSarro.  Salemme then ordered DiSarro’s body transported to Providence, R.I. and buried. In March 2016, DiSarro’s remains were recovered by federal authorities behind a mill in Providence, R.I.

In 1995 Salemme was indicted on federal racketeering charges and convicted in 1999. He was subsequently convicted of obstruction of justice in 2008 for lying to federal authorities about the murder of DiSarro.  Salemme Jr. died in 1995.

The charge of murder of a federal witness provides for a sentence of life in prison. Sentences are imposed by a federal district court judge based upon the U.S. Sentencing Guidelines and other statutory factors.

BOSTON – Francis “Cadillac” Salemme, a former boss of the New England Family of La Cosa Nostra (NELCN), and former NELCN associate Paul Weadick, were convicted today by a federal jury in connection with the 1993 murder of Steven A. DiSarro.