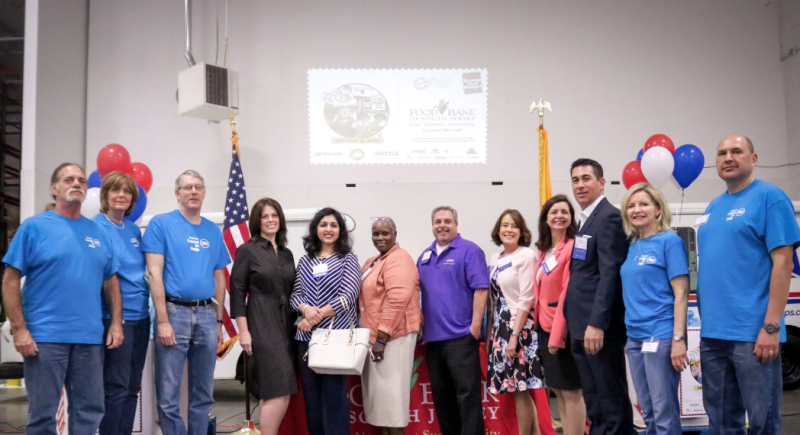 Stamp Out Hunger raises nearly 90,000 pounds of food for the Food Bank of South Jersey

Local residents supported the FBSJ by leaving bags of non-perishable food items next to their mailboxes or on their porches for their letter carrier to pick up and deliver to the FBSJ. In South Jersey, food insecurity affects nearly 200,000 – including 20,000 seniors and 57,000 children.

“We are so grateful for the support Stamp Out Hunger receives each year,” said Tom Sims, Chief Development Officer, Food Bank of South Jersey. “We truly appreciate the United States Postal Service and the National Association of Letter Carriers for helping to make this food drive happen each year, and we appreciate our sponsors who made this year’s Stamp Out Hunger food drive so successful.”

Stamp Out Hunger is a nationwide food drive held in 10,000 cities and towns in all 50 states, the District of Columbia, Puerto Rico, the Virgin Islands and Guam.  Over the past 25 years the event has raised nearly 1.6 billion pounds of food. It remains as important as ever, with many people facing economic struggles. Hunger affects about 50 million people around the country, including millions of children, senior citizens and veterans.

About the Food Bank of South Jersey

Stamp Out Hunger raises nearly 90,000 pounds of food for the Food Bank of South Jersey