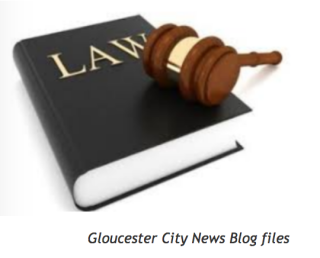 Jermaine J. Ward, of the 1000 block of Carl Miller Boulevard, used his cell phone to make a video recording of the assault. He was charged with two counts of Endangering the Welfare of a Child (First Degree, Third Degree) and Sexual Assault (Second Degree). He faces a detention hearing later this week in Superior Court in Mount Holly.

He was taken into custody Sunday morning in Camden. Ward is acquainted with the victim and her family. Additional information on the victim is being withheld in an effort to protect her identity.

At the time of his arrest, Ward was employed by the YMCA of Burlington and Camden Counties, and worked in two area schools through the organization’s Prime Time before-school and after- school programs. Since being hired by the YMCA in September 2017, Ward has spent time working with students at Beverly City School on Bentley Avenue in Beverly and Carson Elementary School on Garfield Avenue in Pennsauken.

“The investigation revealed that Ward may have had inappropriate contact or interaction with students under his care,” Prosecutor Coffina said. “I urge anyone who suspects this defendant of having engaged in inappropriate behavior with a child to contact law enforcement and provide the details of the incident.”