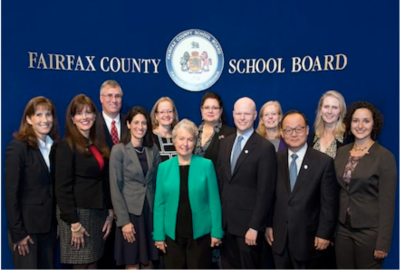 The Fairfax County school board will vote June 14 on a series of proposed changes to the sex education curriculum. Elites in the Northern Virginia suburban community are weighing policy changes that are deeply disturbing, both from a moral and a pedagogical perspective.

The Family Life Education Curriculum Advisory Committee is the body making the proposals. The list of changes reads like a page out of the gay rights agenda, so thoroughly out of touch with reality are they. Before assessing them, the most pressing issue for the Catholic League is the proposal to eliminate the clergy from the list of competent advisors to young persons who are confused about sexuality.

No reason is given why priests, ministers, rabbis, imams, and others, should be eliminated as a resource to students struggling with sexual issues. To make matters even more absurd, after recommending that the clergy be stricken from the list of advisors, the document prepared by the Advisory Committee says, “Emphasis will be placed on tolerance and nondiscrimination of all people.”

Tolerance and nondiscrimination? What the Advisory Committee is proposing is intolerance and discrimination. Indeed, the proposal smacks of religious hostility, a scourge that the U.S. Supreme Court said last week (see the Masterpiece Cakeshop decision) is constitutionally prohibited. Is the Fairfax County school board prepared to spend large sums of money on a lawsuit challenging its discriminatory initiative?

The first two identities constitute pedagogical nonsense. Sex is not assigned—it is determined by the father. Gender identity is a misleading term: boys who think they are girls, and girls who think they are boys, deserve to be treated for their mental disorder, not pandered to by school officials.

Currently, students in the Fairfax County school district learn that abstinence is the one and only 100 percent effective method of preventing sexually transmitted diseases. The proposed change says abstinence is the “most effective” method. There is no new scientific research that merits the change. Indeed, it is being done for purely ideological reasons: to conform to the gay agenda, the Advisory Committee wants to include drugs alongside abstinence.

For example, a drug is available to those who are HIV-negative but who have a relatively high risk of contracting HIV. It is called pre-exposure prophylaxis, or PrEP. One of the proposals is to teach students about this option.

There are many traditional Catholics, evangelical Protestants, Orthodox Jews, Muslims—and persons of other faiths, and no faith at all—living in Fairfax County who may object to these radical proposals. Have they been briefed on them? Have the clergy been notified that they may no longer be allowed to counsel students struggling with sexual issues?

What happens in Fairfax County may happen elsewhere. Let your voice be heard now.

The Fairfax County school board will vote June 14 on a series of proposed changes to the sex education curriculum. Elites in the Northern Virginia suburban community are weighing policy changes that are deeply disturbing, both from a moral and a pedagogical perspective.