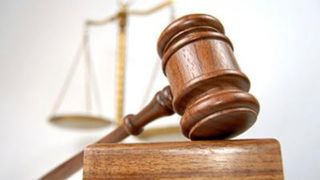 Affairs today announced that the State Board of Medical Examiners (“the Board”) has revoked the license of Dr. Vivienne Matalon, finding that the Cherry Hill family physician engaged in gross negligence and professional misconduct in indiscriminately prescribing the highly- restricted fentanyl spray “Subsys” to three patients who did not meet the federal criteria for receiving it, including one who died.

Subsys is approved by the federal Food and Drug Administration (“FDA.”) only for use in cancer patients suffering from breakthrough pain. Matalon prescribed the drug to treat chronic pain and other medical conditions in non-cancer patients, one of whom died from “adverse effects of drugs.”

In resolving the matter the Board found “the manner in which Subsys was prescribed to patients for the conditions presented and at the doses initiated constitutes a deviation from the standard of care.”

“In revoking Dr. Matalon’s license, the Board found what we have long asserted - that doctors who prescribe Subsys outside its approved use are endangering patients by recklessly disregarding the drug’s well-established risks,” said Attorney General Grewal. “These doctors helped the makers of Subsys push this dangerously addictive drug to a broad array of pain patients for profit.”

In October 2017, the State filed a lawsuit against Insys Therapeutics, Inc., the maker of Subsys (which was later amended to include its billionaire founder John N. Kapoor as a defendant) accusing Insys of endangering the public through a greed-driven, unlawful and deceptive marketing campaign designed to exponentially increase sales of Subsys by making fraudulent claims and paying kickbacks to prescribers in the form of speaker fees.

The pending suit, filed in Superior Court in Middlesex County, alleges that Insys unlawfully directed its sales force to push Subsys for prescription beyond its narrow purpose as a cancer pain medication to a broader population – patients suffering any type of chronic pain – and at higher doses. The State alleges that the greed of Kapoor and Insys put “hundreds” of lives in jeopardy and “led to the death of at least on New Jersey resident.”

That resident, a 32-year-old Camden County woman who died in March 2016 after being prescribed Subsys for fibromyalgia, was Matalon’s patient.

In a Verified Complaint filed with the Board in October 2016, the State alleged that Matalon invited an Insys sales representative into her office to teach the woman about a “new drug that could treat her chronic pain.” During that meeting, Matalon and the Insys sales representative explained to the woman that Subsys would help greatly with her chronic pain, but neither informed her that Subsys was an opiate-based medication or explained the risks associated with its use or misuse, the State alleged.

Matalon prescribed Subsys to the woman for 14 months, issuing her final prescription on March 17, 2016. Eight days later, on March 25, 2016, the woman died. The postmortem toxicology examination revealed the woman had "significant levels of fentanyl metabolites in her blood at the time of death."

“Dr. Matalon’s conduct demonstrates an egregious lack of professional judgment,” said Kevin Jespersen, Acting Director of the Division of Consumer Affairs. “We will continue to take disciplinary action against doctors who place patients at grave risk by flouting the prescribing restrictions placed on Subsys and other powerful opioid medications meant to treat only the most severe cancer pain.”
Subsys is the brand name of one of six transmucosal immediate release fentanyl

("TIRF") medications that instantly deliver the powerful painkiller fentanyl through the oral membranes. The only federally approved use for TIRF substances, including Subsys, is for the management of breakthrough pain in adult cancer patients who are already receiving, and who are tolerant to, around-the-clock opioid therapy for their underlying persistent cancer pain.

Because TIRF medicines carry a high risk for misuse, abuse, addiction, overdose, and serious complications due to medication error, the FDA has subjected them to significant restrictions. Doctors who wish to prescribe these medications must enroll in the TIRF REMS (Risk Evaluation and Mitigation Strategy) Access Program. The Program requires prescribers to undergo educational training about the drug's risks and enroll their TIRF patients in the program.

In its Verified Complaint, the State asserted that by enrolling in the Program, Matalon acknowledged she had read the risks associated with Subsys, and understood that it was approved only for narrow uses as a cancer pain medication and that any "off-label" use could result in a fatal overdose. Nonetheless, the State alleged, Matalon prescribed Subsys to treat pain in non-cancer patients.

Matalon, whose license has been temporarily suspended since October 2016, resolved the allegations against her yesterday in a Consent Order with the Board that revokes her license and her NJ CDS Registration that allowed her to prescribe controlled substances in this state. The Consent Order also assesses Matalon a civil penalty of $40,000, $20,000 of which will be stayed if she complies with the terms of the Consent Order; and orders her to reimburse the state $19,500 in costs and attorney’s fees.

Under the terms of the Consent Order, Matalon is ineligible to reapply for her license for 42 months from the date that her temporary license became effective, October 31, 2016. Before reapplying for her license, Matalon must successfully complete a Board- approved course in ethics. She must also successfully complete a Board-approved course in CDS prescribing should she wish to resume prescribing controlled substances upon her return to practice.

As part of her reapplication for licensure, Matalon must appear before a committee of the Board to demonstrate her fitness to resume practice, at a minimum demonstrating her compliance with all the terms contained in the Consent Order, including payment of all penalties and costs.

Investigators with the Enforcement Bureau within the Division of Consumer Affairs conducted the investigation.

Deputy Attorney General David M. Puteska, Assistant Section Chief of the Professional Boards Prosecution Section in the Division of Law, represented the State in this matter.
Patients who believe they were prescribed Subsys or any other TIRF medication in violation of the FDA restrictions should contact the Division of Consumer Affairs by calling 1-800-242-5846 (toll free within New Jersey) or 973-504-6200.

Affairs today announced that the State Board of Medical Examiners (“the Board”) has revoked the license of Dr. Vivienne Matalon, finding that the Cherry Hill family physician engaged in gross negligence and professional misconduct in indiscriminately prescribing the highly- restricted fentanyl spray “Subsys” to three patients who did not meet the federal criteria for receiving it, including one who died.