Slim Prospects: The Reality for Several Challengers to Congressional Incumbents

Norcross was first elected in 2014, when former U.S. Rep. Rob Andrews (D) resigned. Norcross is the brother of the powerful South Jersey Democratic leader George Norcross, and according to an NJ Spotlight analysis, he ranked 153rd wealthiest in the House with a net worth of ranging from $751,000 to $3.1 million. He currently serves on the House Armed Services and the Education and the Workforce committees and has been an outspoken opponent of President Trump and the Republicans in Congress.

Tomaszewski ran against Norcross in two previous elections and lost both times. His platform, according to his campaign website, includes a focus on more school security and a “homeland security makeover” that would include better training for first responders.

In contrast to Norcross and Tomaszewski, who emphasize their experience as labor leaders and electricians, IT director Carlson’s platform is based on an understanding of the important role computers and the internet will play in future lawmaking. He strongly supports protecting net neutrality and a robust tech agenda.

The 1st Congressional District includes the city of Camden and its suburbs, as well as portions of Burlington and Gloucester counties. Traditionally a reliably blue area, the First District intersected a “pivot county” (Gloucester) in the 2016 Presidential

CONTINUE TO READ via www.njspotlight.com 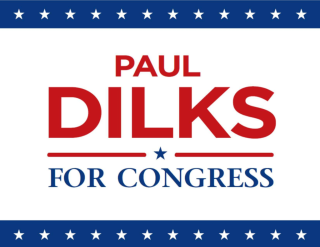 paid for by Gloucester City Friends of  Paul Dilks

Slim Prospects: The Reality for Several Challengers to Congressional Incumbents