Report on Delaware River Watershed Cause for Celebration, Concern 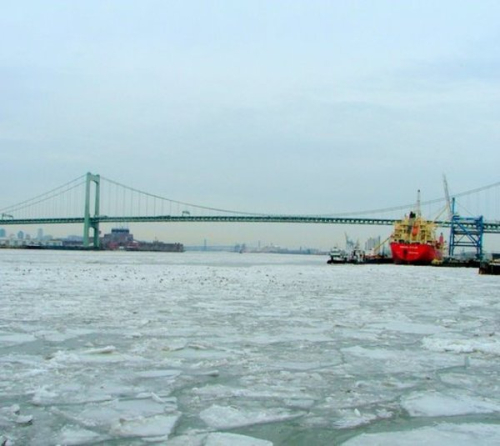 Overall, the TREB concludes that the Delaware River and Bay is in “fair” condition, reflecting a mixture of good and bad news. It demonstrates the complexity of managing a river system that provides drinking water to more than 15 million people, spanning four states (Delaware, Pennsylvania and New Jersey, as well as extensions from headwater streams and mountains in New York state), hundreds of local jurisdictions, and more than 13,000 square miles.  It also highlights actions and needs, and the lack of investment in the Delaware River, in comparison to other major water bodies in the United States.

Using science and data, the TREB tells the story of a resilient and recovering Delaware River. In recent years some types of pollution have dropped in the Delaware River, there are lower contamination levels in fish, and oxygen levels are higher. As a result, fish like striped bass and birds of prey like osprey are now thriving.

“The data in this report, along with relaxation of some fish consumption advisories released by Delaware and New Jersey recently, show that the hard work over many decades is having an impact,” Jennifer Adkins, executive director at Partnership for the Delaware Estuary (PDE), said.  “But that we need more of it.”

Although there have been some improvements, there’s still work to do. The TREB also tells the story of a river system under tremendous stress.

“Some of our most valuable natural resources are the ones in steepest decline – for example, we’re losing an acre per day of tidal wetlands, which can lead to a snowballing drop in coastal resilience, water quality and fish that rely on wetlands,” said Dr. Danielle Kreeger, the PDE’s science director and one of the lead authors of the report.

The TREB provides details of a watershed that continues to lose some of its best natural defenses against pollution. These include forests, shellfish beds, and wetlands that are critical for filtering water for fish and wildlife, and for protecting people from floods and storms. Atlantic sturgeon, which were placed on the federal endangered species list in 2011, are still endangered. Freshwater mussel populations continue to decline. Since freshwater mussels are living water filters, they are like “canaries in a coal mine” — creatures that are among first to suffer when pollution levels are higher than they can handle.

The 2017 Technical Report for the Delaware Estuary and Basin is the latest in an ongoing effort to communicate the “State of the Estuary” in terms of water quality and quantity and a host of other factors.  It builds on similar reports from 2008 and 2012, as well as the original Comprehensive Conservation and Management Plan for the Delaware Estuary, published in 1996.  The 2017 TREB provides the technical foundation for efforts currently underway to revise that 1996 plan.  It is available online at http://www.delawareestuary.org/data-and-reports/state-of-the-estuary-report/and is highlighted in the latest issue of Estuary News http://www.delawareestuary.org/publications-2/estuary-news-newsletter/.

Report on Delaware River Watershed Cause for Celebration, Concern