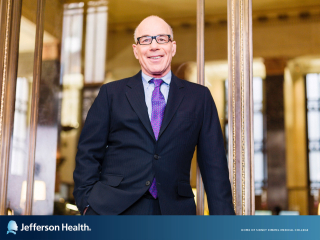 PHILADELPHIA (May 30, 2018) — Fast Company today announced its annual list of the Most Creative People in Business for 2018, honoring an influential and diverse group of 100 leaders from a vast range of global industries including tech, design, entertainment, healthcare, media, government, nonprofit, finance, food, and more.

The Most Creative People in Business list recognizes individuals whose work might not necessarily be quantifiable by numbers, but who are nonetheless having a measurable impact on the world. These scientists, executives, programmers, comedians, founders, designers, musicians, writers, and activists have accomplished something new this year within their field that’s driving their industries forward—and solving global and societal problems in novel ways.

This year’s group represents Fast Company’s hallmark of diversity: 56 are women, 44 are men, 12 hail from outside the United States, and more than two dozen are people of color.

“It is a great honor, though hardly surprising, that Fast Company placed Steve among an elite group of individuals who represent where business is heading,” said Stephen P. Crane, Chair, Board of Trustees, Thomas Jefferson University. “Steve’s vision has been to forecast what will be obvious 10 years from now and do it today. Under his leadership, Jefferson has grown enough so that we can take bold risks, which have paid off.”

Klasko is a leader and advocate for a revolution in our systems of healthcare and higher education. His 2018 book is titled, Bless This Mess: A Picture Story of Healthcare in America - an account of how the USA was elected to the Intergalactic Council of Cool Health Systems by 2035.

As President and CEO of Philadelphia-based Thomas Jefferson University and Jefferson Health since 2013, he has steered one of the nation’s fastest growing academic health institutions based on his vision of re-imagining health care and higher education. His 2017 merger of Thomas Jefferson University with Philadelphia University creates a pre-eminent professional university that includes top-20 programs in fashion and design, coupled with the first design thinking curriculum in a medical school, and with the nation's leading research on empathy.

Fast Company editors and writers spend a year researching candidates for the list, scouting every sector of business: technology, fashion, cybersecurity, biotech, entertainment, beauty, social good, food, data, consumer goods, and more. The people selected have all accomplished something truly innovative within the past 12 months or so that is having a meaningful effect within their industries. They’re also discoveries; none has ever been profiled in Fast Company before. Taken together, they represent where business is heading right now.

“Other titles catalog wealth, corporate power, or company size,” says Stephanie Mehta, editor-in-chief of Fast Company. “Only Fast Company identifies and celebrates leaders, many unsung, who are making an impact with their creativity.”

About Fast Company
Fast Company is one of the world's leading business media brands, with an editorial focus on creativity, innovation, social impact, leadership, and design. Headquartered in New York City, Fast Company is published by Mansueto Ventures LLC, along with our sister publication Inc., and can be found online at fastcompany.com.

Jefferson, located in the greater Philadelphia region and southern New Jersey, is reimagining health care and education to create unparalleled value. Jefferson is 30,000 people strong, dedicated to providing the highest-quality, compassionate clinical care for patients, preparing tomorrow’s professional leaders for 21st century careers, and discovering new treatments to define the future of care. Jefferson (Philadelphia University + Thomas Jefferson University), home of Sidney Kimmel Medical College, dates back to 1824 and today is comprised of nine colleges and four schools offering 160 undergraduate and graduate programs to more than 7,800 students. Jefferson Health serves patients through millions of encounters each year at 14 hospitals and over 50 outpatient and urgent care locations throughout the region.

PHILADELPHIA (May 30, 2018) — Fast Company today announced its annual list of the Most Creative People in Business for 2018, honoring an influential and diverse group of 100 leaders from a vast range of global industries including tech, design, entertainment, healthcare, media, government, nonprofit, finance, food, and more.