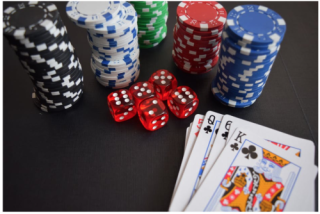 “This is excellent news for Atlantic City! Together with the planned openings of Hard Rock and Ocean next month, today’s ruling allowing sports betting will have a significant and positive impact on South Jersey, bringing tourism and tax revenue to the state and reinvigorating Atlantic City,” said LoBiondo. “From the legislature and Governor Christie’s legal strategy to my efforts in Congress, our multi-prong multi-year approach proved successful in securing the shared goal of seeing sports betting become legal in New Jersey.”

Since 2011, LoBiondo and New Jersey Representative Frank Pallone (NJ-06) have introduced two bills that would provide for changes in the 1992 law that would allow sports-betting in New Jersey. H.R. 784 (Pallone) would exempt New Jersey from current federal law and H.R. 783 (LoBiondo) opens a window in which all states can enact a law providing for sports-betting in their state for four years upon being signed by the President. Both lawmakers again cosponsored the other’s legislation.

In 2011, New Jersey voters overwhelmingly approved a ballot measure to allow sports wagering in New Jersey, but its enactment has been delayed by lawsuits filed against the State of New Jersey by the NCAA and four professional sports leagues.  New Jersey appealed its case in the courts, with the Third Circuit ruling against New Jersey. New Jersey appealed that decision to the U.S. Supreme Court.