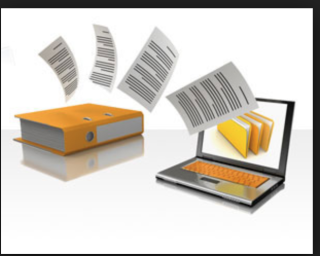 This joint Technical Alert (TA) is the result of analytic efforts between the Department of Homeland Security (DHS) and the Federal Bureau of Investigation (FBI). Working with U.S. government partners, DHS and FBI identified Internet Protocol (IP) addresses and other indicators of compromise (IOCs) associated with two families of malware used by the North Korean government:

FBI has high confidence that HIDDEN COBRA actors are using the IP addresses—listed in this report’s IOC files—to maintain a presence on victims’ networks and enable network exploitation. DHS and FBI are distributing these IP addresses and other IOCs to enable network defense and reduce exposure to any North Korean government malicious cyber activity.

This alert also includes suggested response actions to the IOCs provided, recommended mitigation techniques, and information on how to report incidents. If users or administrators detect activity associated with these malware families, they should immediately flag it, report it to the DHS National Cybersecurity and Communications Integration Center (NCCIC) or the FBI Cyber Watch (CyWatch), and give it the highest priority for enhanced mitigation.

See the following links for a downloadable copy of IOCs:

According to reporting of trusted third parties, HIDDEN COBRA actors have likely been using both Joanap and Brambul malware since at least 2009 to target multiple victims globally and in the United States—including the media, aerospace, financial, and critical infrastructure sectors. Users and administrators should review the information related to Joanap and Brambul from the Operation Blockbuster Destructive Malware Report [1] in conjunction with the IP addresses listed in the .csv and .stix files provided within this alert. Like many of the families of malware used by HIDDEN COBRA actors, Joanap, Brambul, and other previously reported custom malware tools, may be found on compromised network nodes. Each malware tool has different purposes and functionalities.

During analysis of the infrastructure used by Joanap malware, the U.S. Government identified 87 compromised network nodes. The countries in which the infected IP addresses are registered are as follows:

Malware often infects servers and systems without the knowledge of system users and owners. If the malware can establish persistence, it could move laterally through a victim’s network and any connected networks to infect nodes beyond those identified in this alert.

Brambul malware is a brute-force authentication worm that spreads through SMB shares. SMBs enable shared access to files between users on a network. Brambul malware typically spreads by using a list of hard-coded login credentials to launch a brute-force password attack against an SMB protocol for access to a victim’s networks.

Joanap is a two-stage malware used to establish peer-to-peer communications and to manage botnets designed to enable other operations. Joanap malware provides HIDDEN COBRA actors with the ability to exfiltrate data, drop and run secondary payloads, and initialize proxy communications on a compromised Windows device. Other notable functions include

Analysis indicates the malware encodes data using Rivest Cipher 4 encryption to protect its communication with HIDDEN COBRA actors. Once installed, the malware creates a log entry within the Windows System Directory in a file named mssscardprv.ax. HIDDEN COBRA actors use this file to capture and store victims’ information such as the host IP address, host name, and the current system time.

Brambul malware is a malicious Windows 32-bit SMB worm that functions as a service dynamic link library file or a portable executable file often dropped and installed onto victims’ networks by dropper malware. When executed, the malware attempts to establish contact with victim systems and IP addresses on victims’ local subnets. If successful, the application attempts to gain unauthorized access via the SMB protocol (ports 139 and 445) by launching brute-force password attacks using a list of embedded passwords. Additionally, the malware generates random IP addresses for further attacks.

Analysis of a newer variant of Brambul malware identified the following built-in functions for remote operations:

A successful network intrusion can have severe impacts, particularly if the compromise becomes public. Possible impacts include

DHS recommends that users and administrators use the following best practices as preventive measures to protect their computer networks:

Contact DHS or your local FBI office immediately. To report an intrusion and request resources for incident response or technical assistance, contact DHS NCCIC (NCCICCustomerService@hq.dhs.gov or 888-282-0870), FBI through a local field office, or FBI’s Cyber Division (CyWatch@fbi.gov or 855-292-3937).

This joint Technical Alert (TA) is the result of analytic efforts between the Department of Homeland Security (DHS) and the Federal Bureau of Investigation (FBI). Working with U.S. government partners, DHS and FBI identified Internet Protocol (IP) addresses and other indicators of compromise (IOCs) associated with two families of malware used by the North Korean government: