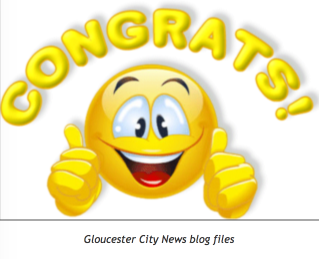 PHILADELPHIA, PA (04/18/2018)-- The following students were inducted into the Alpha Lambda Delta (ALD) Honor Society at University of the Sciences on April 8, 2018. Invitations to join ALD, a national honor society for first-year students, are based on attaining a first-semester academic average of at least 3.50 and ranking in the top 20 percent of the class.

Austin Blumetti of Somers Point (08244) is a doctor of pharmacy student.

Rebecca Cino of Linwood (08221) is a doctor of pharmacy student.

Nicole Pancari of Somers Point (08244) is a doctor of pharmacy student.

Lucas Burkhardt of Sewell (08080) is a doctor of physical therapy student.

Keiya Moncilovich of West Deptford (08086) is a doctor of physical therapy student.

Alexander Rosado of Pennsauken (08109) is a doctor of physical therapy student.

Chloe Georges of Williamstown (08094) is a pre-pharmacy student.

Andrew is the son of Allan and Jennifer Brock of Fort Dix, NJ.

Randolph-Macon Academy (R-MA), founded in 1892, is a college-preparatory, coeducational boarding school for students in grades 6 through 12. Students in grades 9-12 participate in R-MA's 91st Air Force Junior Reserve Officer Training Corps (JROTC) and have the opportunity to learn to fly through a unique flight program. The Academy also offers several summer programs. R-MA is affiliated with the United Methodist Church and is located in Front Royal, VA.

BATON ROUGE, LA (04/19/2018)-- The following local residents were recently initiated into The Honor Society of Phi Kappa Phi, the nation's oldest and most selective collegiate honor society for all academic disciplines.

Jeremy Bowen of Cinnaminson (08077) was initiated at East Carolina University.

Beatriz Cancel-Perez of Columbus (08022) was initiated at University of Maryland University College.

Chelsea Cantone of Marlton (08053) was initiated at The College of New Jersey.

Kaelyn DiGiamarino of Mount Laurel (08054) was initiated at The College of New Jersey.

Emma Foster of Riverton (08077) was initiated at Arcadia University.

Sarah Grassi of Oaklyn (08107) was initiated at The College of New Jersey.

Samantha Green of Burlington (08016) was initiated at The College of New Jersey.

Victoria Kiernan of Columbus (08022) was initiated at The College of New Jersey.

Eric Luzier of Blackwood (08012) was initiated at Florida Institute of Technology.

Alex Molder of Cherry Hill (08034) was initiated at The College of New Jersey.

Ashley Purcell of Cherry Hill (08003) was initiated at The College of New Jersey.

Lindsey Rodio of Hammonton (08037) was initiated at Florida Institute of Technology.

Amanda Rossi of N. Wildwood (08260) was initiated at The College of New Jersey.

Nicolas Russo of Medford (08055) was initiated at The College of New Jersey.

Zachary Sclar of Marlton (08053) was initiated at The College of New Jersey.

Abaigeal Styring of Bridgeton (08302) was initiated at East Carolina University.

These residents are among approximately 30,000 students, faculty, professional staff and alumni to be initiated into Phi Kappa Phi each year. Membership is by invitation only and requires nomination and approval by a chapter. Only the top 10 percent of seniors and 7.5 percent of juniors are eligible for membership. Graduate students in the top 10 percent of the number of candidates for graduate degrees may also qualify, as do faculty, professional staff, and alumni who have achieved scholarly distinction.

Phi Kappa Phi was founded in 1897 under the leadership of Marcus L. Urann who had a desire to create a different kind of honor society: one that recognized excellence in all academic disciplines. Today, the Society has chapters on more than 300 campuses in the United States and the Philippines. Its mission is "To recognize and promote academic excellence in all fields of higher education and to engage the community of scholars in service to others."

MILTON, MA (04/20/2018)-- Curry College is proud to announce that Julia Bisirri of Marlton, has been inducted into Pi Lambda Theta (PLT), one of the nation's most prestigious education honor societies. Julia was inducted during a ceremony on the Curry College campus.

Founded in 1910, Pi Lambda Theta has a mission to honor outstanding educators and inspire their leadership on critical education issues. The most selective society of its kind, PLT extends membership to students and professionals who satisfy academic eligibility requirements and have demonstrated characteristics of scholarship, leadership, and service.

In order to qualify for Pi Lambda Theta at Curry College, a student must be an Education major who has earned at least 60 credits with a minimum 3.5 GPA. Inducted students have exceeded the stringent criteria set by the honors society and demonstrate promise in the field of education.

For more information on the Curry Education program, visit the Education Page on our website.

Founded in 1879, Curry College is a private, four-year, liberal arts-based institution located on 131 acres in Milton, Mass. Curry extends its educational programs to a continuing education branch campus in Plymouth, Mass. Curry offers 27 undergraduate majors, as well as graduate degrees in business, education, criminal justice, and nursing, with a combined enrollment of over 3,700 students. The student body consists of approximately 2,000 traditional undergraduate students, 1,400 continuing education students, and 300 graduate students. Approximately 1,575 of its students reside on the Curry campus. The largest majors are business management, communication, nursing, criminal justice, and education. The College offers a wide array of extra-curricular activities ranging from 14 NCAA Division III athletic teams to an outstanding theatre program. Visit us on the web at www.curry.edu.

ANNVILLE, PA (04/20/2018)-- Madison Lenhart, of Swedesboro, N.J., is being recognized by Lebanon Valley College as part of the successful team behind VALE Music Group this year.

Lenhart is a graduate of Kingsway Regional High School and is pursuing a bachelor of arts in music and English at The Valley.

VALE Records is a student-run branch of VALE Music Group LLC, located within the College. It began during the spring semester of 2013 as an interdisciplinary 1-credit class, IDS 199, meeting 1 hour a week. At the beginning of this spring, the student-run class separated into groups in charge of recording, publicizing, marketing, and preparing its newest artist Henry Devorick.

ALLENTOWN, PA (04/20/2018)-- Shari Bodofsky '18 of Cherry Hill was one of six students recently inducted into the Muhlenberg College chapter of Phi Beta Kappa, the oldest and most prestigious honorary society in America. The mission of The Phi Beta Kappa Society is to champion education in the liberal arts and sciences, foster freedom of thought, and recognize academic excellence.

Only 10% of U.S. colleges and universities have Phi Beta Kappa chapters. These chapters select only 10% of their arts and sciences graduates to join.

Muhlenberg College was granted a charter from the national organization in 1967. The chapter is maintained by Muhlenberg faculty who are also members of Phi Beta Kappa. Current seniors are elected by the faculty and initiated into the society each year.

Since the Society's founding in 1776, 17 U.S. Presidents, 40 U.S. Supreme Court Justices, and more than 130 Nobel Laureates have been inducted as members, along with countless authors, diplomats, athletes, researchers, actors, and business leaders.

PHILADELPHIA, PA (04/18/2018)-- The following students were inducted into the Alpha Lambda Delta (ALD) Honor Society at University of the Sciences on April 8, 2018. Invitations to join ALD, a national honor society for first-year students, are based on attaining a first-semester academic average of at least 3.50 and ranking in the top 20 percent of the class.