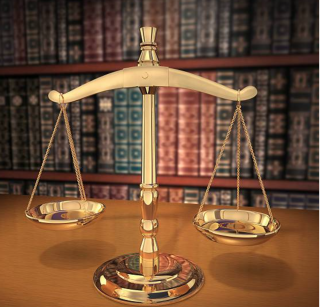 NEWARK - Attorney General Gurbir S. Grewal and the Division of Consumer Affairs today announced that the State Board of Medical Examiners has permanently revoked the license of a Burlington County family physician who allegedly prescribed massive quantities of opioid pain pills to patients for years without a legitimate purpose.

Dr. Moishe Starkman, who ran the Bordentown Family Practice PA., agreed to permanently cease practicing medicine in New Jersey in order to resolve allegations that he indiscriminately prescribed Fentanyl, Oxycodone and other controlled dangerous substances (“CDS”) to five patients he treated between 2012 and 2017, including one who fatally overdosed two months after his last visit.

Starkman allegedly prescribed CDS to patients for a variety of medical conditions he diagnosed without performing physical exams or conducting diagnostic tests, according to an Administrative Complaint filed against him last August. He allegedly prescribed hundreds of opioid pills to patients each month, even to those who showed signs they may have been addicted to the drugs or were diverting them for illegal use, the state alleged.

“To get the opioid crisis under control, we must crack down on the doctors who are recklessly fueling it,” said Attorney General Grewal. “We will continue shutting down these dangerous prescribers, one by one, until we have rooted out the problem.”
“If ever a case called for a permanent license revocation, it’s this one,” said Kevin Jespersen, Acting Director of the Division of Consumer Affairs. “Through his alleged conduct, Dr. Starkman not only denied his patients the legitimate medical care they deserved, he cruelly thrust them deeper into the throes of the addictions they were obviously suffering from.”

The State alleged that Starkman prescribed highly-addictive opioid medications and other narcotics to his patients for years without documenting treatment plans for pain management or opioid use; without assessing the efficacy of the narcotics he prescribed; and without making reasonable efforts to prescribe alternative medications or treatments to alleviate pain or decrease the dosages of the controlled substances.
As a family practitioner, Starkman also failed to keep adequate progress notes on his patients and failed to treat them for medical issues not related to their pain, the Complaint alleged.

The five patients are identified in the Complaint by their initials, including H.H., a 22-year-old male who died from a drug overdose in May 2015, two months after his last visit with Starkman.

According to the Complaint, patient records show that H.H. was 19 when he first visited Starkman with complaints of “lower back pain.” Without conducting a physical exam or diagnostic testing to determine the cause of H.H.’s pain, Starkman began prescribing H.H. opioid pain pills - up to 240 a month - while failing to establish and reevaluate treatment plans and reassess the use and dosage of the narcotics prescribed, as required by law, the State alleged. Starkman continued to prescribe narcotics to H.H., despite noting signs of addiction.

With regard to the four other patients, the Complaint alleged, among other things, that Starkman:

In a Final Consent Order with the Board, Starkman agreed to retire and surrender his medical license in a permanent revocation. He also agreed to permanently surrender his NJ CDS registration that allowed him prescribed controlled substances in this state.
Under the terms of the Order, Starkman is precluded from managing, overseeing, supervising, or influencing the practice of medicine or provision of healthcare activities, including testifying as an expert witness in New Jersey. He also cannot charge, receive, or share in any fee for professional services rendered by others, and must divest himself from any current and future financial interest in or benefit from the practice of medicine.

Investigators with the Enforcement Bureau within the Division of Consumer Affairs conducted the investigation in conjunction with the Burlington County Prosecutor’s Office.

Deputy Attorney General Delia A. DeLisi, of the Professional Boards Prosecution Section in the Division of Law, represented the State in this matter.

Patients who believe that they have been treated by a licensed health care professional in an inappropriate manner can file an online complaint with the State Division of Consumer Affairs by visiting its website or by calling 1-800-242-5846 (toll free within New Jersey) or 973-504- 6200.

NEWARK - Attorney General Gurbir S. Grewal and the Division of Consumer Affairs today announced that the State Board of Medical Examiners has permanently revoked the license of a Burlington County family physician who allegedly prescribed massive quantities of opioid pain pills to patients for years without a legitimate purpose.